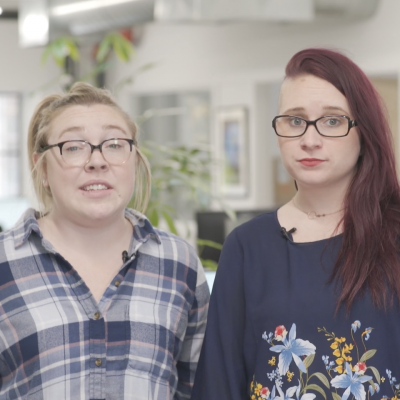 What the Heck Are Accelerated Mobile Pages?

Flash back to 2015: The web is slow; many pages aren’t ready for mobile devices; popups and auto-playing videos get in the way of the content you want to read. Remember that? The web is still like that, you say? Oh, right. But believe it or not, things have gotten a lot better, and that […]

Are you reaching your audience where they are? 1.5 billion people use mobile devices to access the internet and Google penalizes websites that are not mobile friendly. Is your website responsive? Still unsure what responsive design is all about? Download our white paper. Highlights Include: What responsive design really means and how it affects your […]

Mobile-First Indexing: Beyond the Marketing Minute

What Is Indexing? Think of a search engine index as a large database where all webpages are stored. When a new site is launched, all its pages must be added to the index so search engine spiders can crawl them, contextualize them and rank them fairly in search results. Before mobile devices had online capabilities, […] 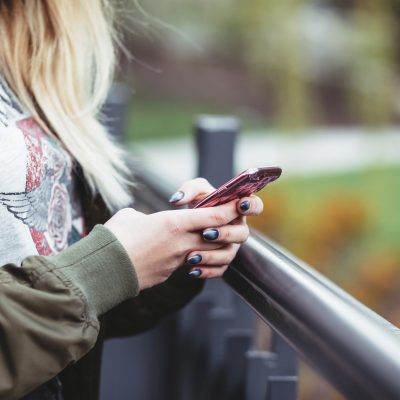 9 Reasons Why the eCommerce Industry Needs to Think Mobile First

Ecommerce has changed a lot since the first secure online purchase in 1994 (it was a large pizza from Pizza Hut just in case you were curious). via GIPHY By 2003 more than 20 percent of all Americans had broadband internet in their home (that number is now closer to 73 percent) which contributed to […] 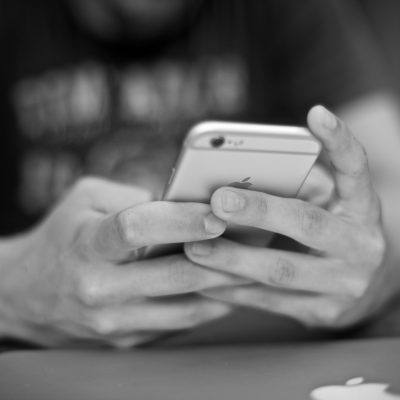 Google Doubles Down on Mobile-First. Are You Ready?

It’s no secret that more internet users are finding information and entertainment on their mobile devices. In fact, the number of Google searches performed on mobile devices exceeded desktop searches back in March 2015! Google recently announced that it will be rolling out a new mobile-first index. What exactly does this mean? It means that […] 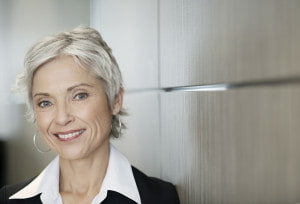 Going Mobile? Throw Away Those Personas

“Intent beats identity. Immediacy trumps loyalty.” This is Debbie.               She’s in her mid 60s,  a mother of two (boy and girl), with four grandchildren. She’s an aging business executive with ABC Corp. She’s worried about things like pollution and the current state of our education system, but she […] 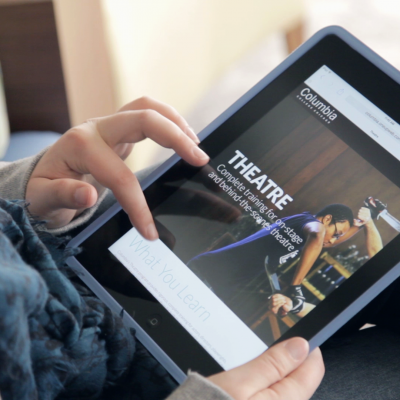 By now you have no doubt heard about the importance of mobile and maybe you’ve even heard of micro moments. But in case you need a quick refresher: Mobile is important for every brand and every audience. How important? Just consider these stats courtesy of Google’s Micro Moments: Your Guide to Winning the Shift to […] 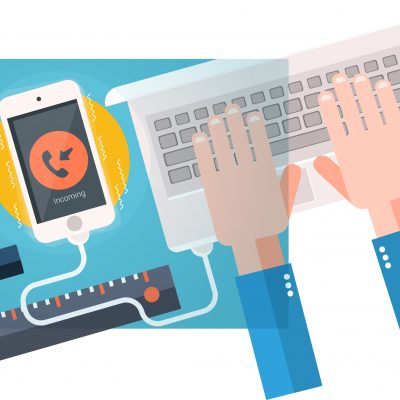 You are less than a week away from Mobilegeddon (or Mopacalypse, or whatever other end-of-days moniker you’d like to attach to April 21, the day Google begins using a website’s mobile-friendliness as a ranking signal for mobile searches). Hopefully, your site is in order and accessible across devices. We’re going to assume so and take […] 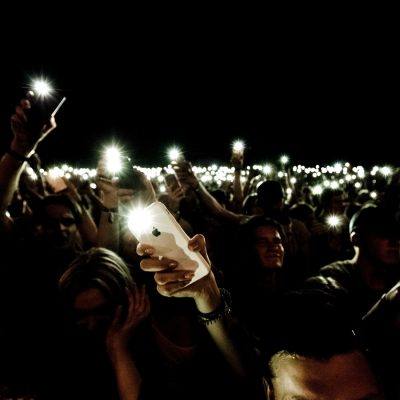 This is the situation. The situation is this: Come April 21, 2015, websites that are not mobile-friendly will see a significant drop in mobile traffic as Google will begin to use mobile-friendliness as a ranking signal for searches made using mobile phones. If you’re not sure if your site is mobile-friendly, visit Google’s Mobile-Friendly Test […] 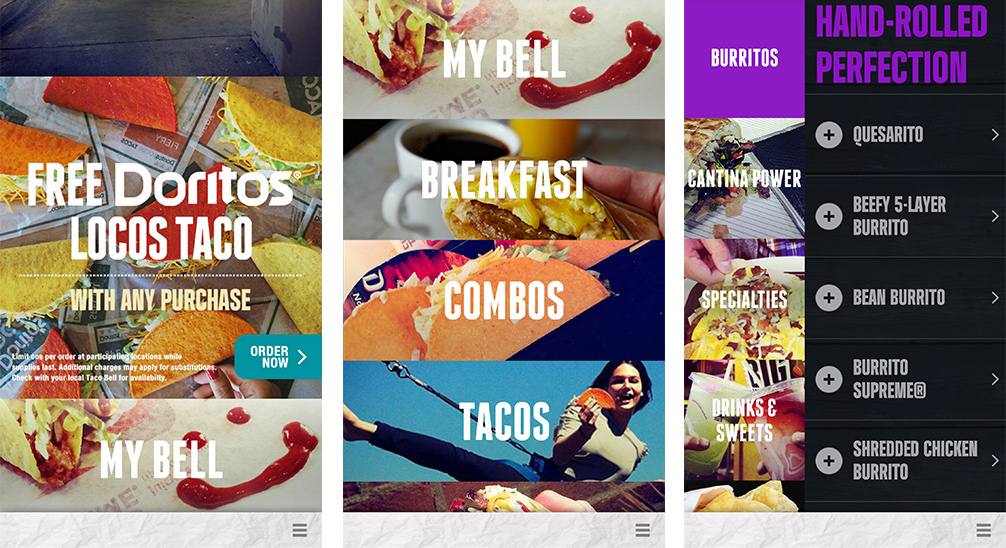 It’s lunch time and the Oneupweb Design and Marketing Departments are hungry. Not just any kind of hungry but the kind of hungry that can only be satisfied by a massive mound of tasty delicious Taco Bell. That’s right—Yo quiero Taco Bell! Satisfied with our choice, it leaves only one question. Do we dare try […] 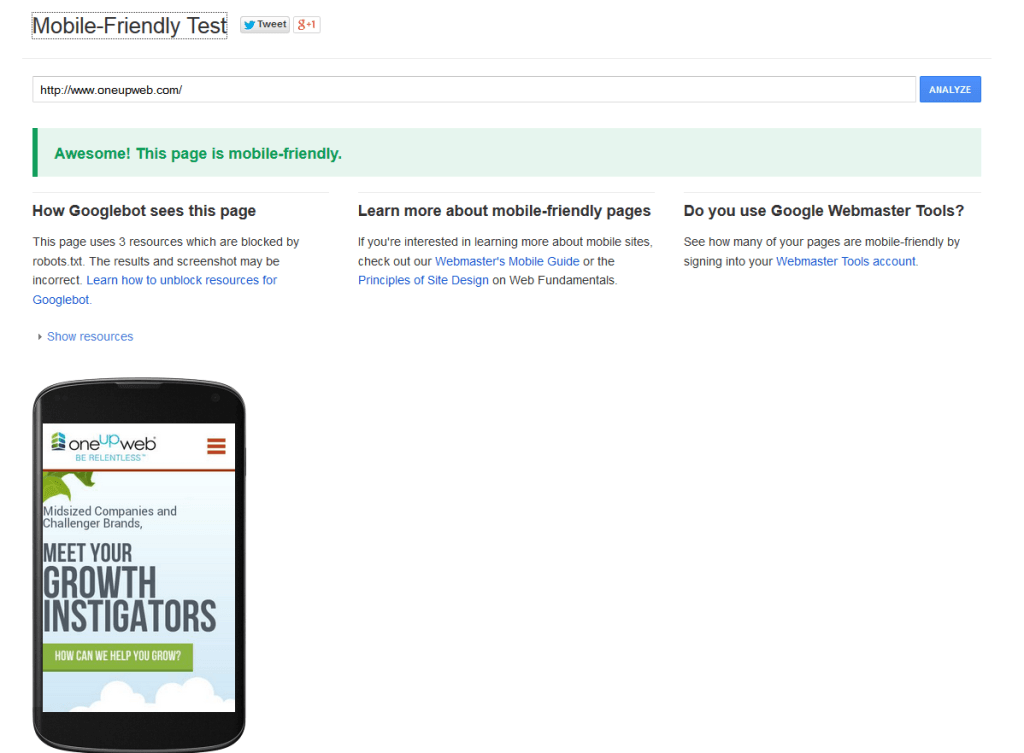 Google’s Mobile Friendly Test Tool: How Does Your Site Stack Up?

As we’ve mentioned on this blog before: if you’re not thinking mobile, you’re not thinking relevance. Mobile usage is here to stay and it’s important for your website to cater properly to your mobile audience. We’ve been talking about this topic for a while now (see our August 6, 2013 post!), but now there’s a […]