Oneupweb : Before and After—Best Served Cold

In the not so very distant past, a person (alias Ronaldo) whom I know very well played subject to a series of visual photo alterations by someone who, at the time, he believed he could trust. Only once the final product was revealed for the world to see did he realize that trust was misplaced. He never thought of himself to be a handsome man, but there’s no avoiding the obvious flaws in his features when compared to the product of perfection displayed at the end of the post. Now he lies awake at night, like a teenager who just received his first pimple, over analyzing what he perceives to be the world’s thoughts; wondering what others see in him that he has failed to recognize.

With great power comes great revenge seeking opportunities. As it turns out, Ronaldo too can manipulate photos, though he will not sink to her level. The photo below has been greatly altered. The person in the photo (to avoid any potential Salem Witch Trials due to the obvious use of magic, we’ll refer to her as Ophra) is of little consequence. In fact, an alias was really unnecessary, as I don’t plan to speak of her beyond this point.

Anyway, you’ll notice there have been several changes made from the original photo (top) to the “improved” photo (bottom).

Can you find all seven changes? (click the image to see it full size) 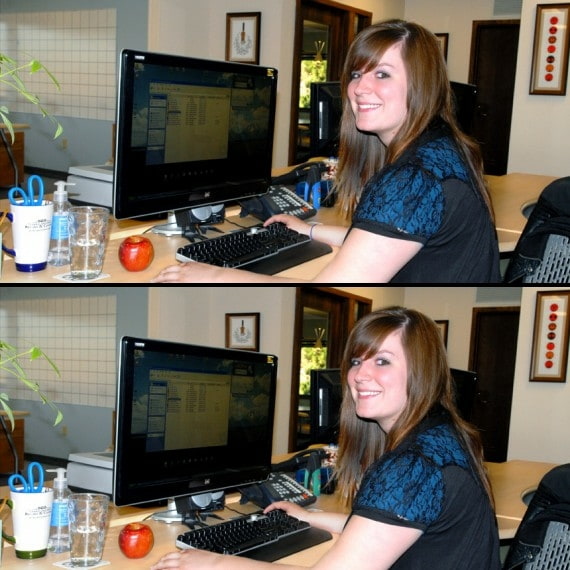