Oneupweb : Five Dumb Stories From the Net this Week 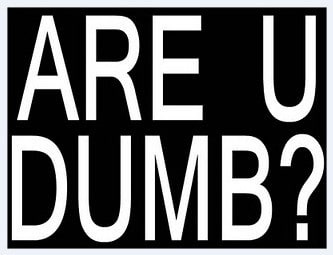 1) Winklevoss Twins Take Facebook Suit to the Supreme Court: After being told by the Ninth Circuit Court of Appeals to take their $65 million settlement with Facebook and go home, the Winklevoss twins are back and hoping to be heard by the US Supreme Court. Seriously?

3) LinkedIn Increase Valve of IPO By 30%: Days before their IPO, LinkedIn decided to increase the price of initial shares by 30%. This values the company at over $4 billion. Why is this silly you ask? The company recently reported $2 million in net income on $94 million in revenue. Can you say Bubble 2.0?

4) Texas Bill to Impose Online Sales Tax: Amazon has already packed up and left Texas earlier this year after the state sent them a $269 million sales tax bill. The Texas legislature wants to firm up the law by passing a bill, requiring businesses in the state to collect sales tax for sales made online. Where did Amazon move with their distribution centers? Tennessee. Oh and they took more than 1,200 jobs along for the trip.

5) North Carolina Bill Moves to Kill Municipal Broadband Networks: North Carolina is looking to pass the “Level Playing Field/Local Government Competition Bill (H129)” which would essentially kill all future municipal broadband networks in the state. Millions across the country are currently stuck with one or two options for high-speed internet access and yet another state wants to pass a law to prevent further competition. Brilliant!

Did you see anything silly on the internet this week? Feel free to comment below.