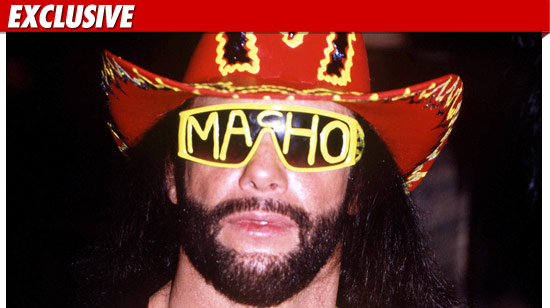 In all seriousness though, when I was a kid these guys were immortal, larger than life super heroes. But as we found out today, everyone has their time.

“As we previously reported, Macho Man suffered a heart attack while he was behind the wheel around 9:25 AM … and lost control of his car — veering across the concrete median into oncoming traffic … and straight into a tree.”

In honor of the great wrestler, I wanted to play him out by listening to his entrance song.

Rest in Peace Macho Man. We definitely give this sad news a thumbs down. 🙁