Oneupweb : Scott Blue, Where are You?

Ah, elementary school. Bright, smiling faces. Relieved parents waving goodbye to their kids. Hot lunches, long cafeteria tables, recess. Those were the days. I loved everything about it; from using really short water fountains, to doodling on my desk, and jumping off swings as far as possible (or backwards if you were an advanced jumper). I clearly have vivid memories of elementary school. My wife may tell you that’s because I’m still a seven year old boy in a twenty seven year old man’s body—but I digress.

My mission here is to be reunited. Not with a best buddy, or my first girlfriend (Laura… something… first grade, Mrs. Cook’s class), but with my old rival. It was second grade. Second grade was the year I went to the principal’s office (shout out to Principal Legg!)… a lot. Usually I was in there with this kid named Scott Blue. We used to roughhouse a lot. Like every day at recess. Not for any particular reason that I can remember; we obviously had differing opinions about something, but I can’t recall what it was. I like to remember that he was a bully picking on the girls in our class, and I was their valiant defender… but that’s most likely an exaggeration. We were probably just a couple of boys being boys.

I’ve told a lot of stories about Scott Blue to friends and family over the years. It was a banner year for me at the principal’s office and solidified my reputation as a defender of the innocent in my school district. I remember having a gentlemanly relationship with Scott—the kind where you’d punch and kick at each other, but then share a Capri Sun and a laugh after the principal screamed ’til the veins popped out in his neck. Scott moved after that year, and I don’t know what happened to him. This isn’t the first time I’ve looked for him over the years, but I feel like now is the time that it’s possible. Unfortunately, there’s more than one Scott Blue out there and a simple Google or Facebook search hasn’t really helped my efforts. 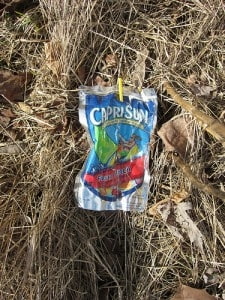 So, internet (and all you savvy internet-ers), I’m asking for your help. All I can tell you is the following:

In a world of social media and instant updates, world-connectivity and Golden Voices, isn’t it possible that I could be reunited with my old arch-nemesis from Explorer Elementary School in Colorado Springs?

Does your business have a hard time being found? Do you feel like you need to reconnect with your customers? Contact the connectivity wizards at Oneupweb to get started today!