Oneupweb : Wake up, Wake up

My favorite feeling in the world is awakening surprisingly refreshed in the morning. And then noticing that , oh, my, the sun is a bit bright today. And hey—up before the alarm!

Then you actually look at the clock, realize you were supposed to be at work 8 minutes ago, and that refreshed feeling is replaced with a confused rush of energy. You check, quickly, to see if any new superpowers have developed overnight so you can pull off a Superman time travel move. When that fails, you make an embarrassing phone call, shower and move on with your day.

This has happened to me twice in the past two years. I blame my cat. To dismiss the alarm on the phone (instead of snoozing), you just need to slide the red bar thingy across the glassy part to the other side, and then the rooster stops crowing. I’m a big mobile tech guy. Anyway—I think the cat does that for me. Possibly in retaliation for not sharing the can of tuna I ate the night before. 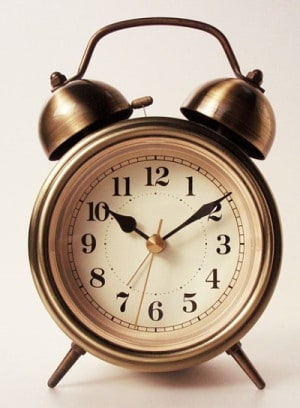 After the latest mishap, I decided it’s time to get a new alarm clock for my phone. One, ideally, that is cat-proof. And free. So I popped on over to the Android Market with the idea of downloading some of the latest “apps” (it’s what the kids are calling applications these days) and then giving them short, obnoxious reviews here in the blog.

I think I’m the first person to notice that Android Market doesn’t have a good search capability. This is obviously frustrating. You’d think there might be some technology or code laying around at Android HQ that could power some sort of engine which handles a search function. Perhaps, it could use a math function or equation to take data about the “apps” and then sort them by how close they are to what I want.

Yes, you are correct, I’m directing my oversleeping anger towards the anonymous neckbeards that staff the computers in the Android dungeons, toiling away as some designer tells them the robot needs to pop more. They’d probably love to integrate a search function that doesn’t return me 6 bootleg versions of Angry Birds when I’m looking for an Alarm Clock.

So, as usual, we’re left to wonder what my point is. Because this is a blog, and blogs are required by internet law to have lists, here are the morals of the story: