Oneupweb : The Emmy’s Get Social

The 63rd Primetime Emmy Awards were held Sunday evening. Everywhere you look today people are critiquing who wore what and who should (or shouldn’t) have won what. We can probably look forward to reading about award show attire well into October.

But the biggest presence on the red carpet wasn’t stopping for interviews with Kelly Osborn. It was social media. This year’s Emmy Awards featured a host of ways for viewers to interact with the ceremony and their favorite stars. 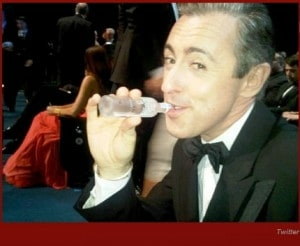 The Emmy Awards are only following the ongoing trend of increasing the number of ways that fans can interact with television. A trend that seems unlikely to change. I would love to know what you thought of the myriad of social media options that surrounded this year’s Emmys.

Did you take part? What was your favorite way to interact with the show? What should they change next year?