Oneupweb Reviews: Amazon Lights My Fire With Their Own Kindle!

During this last week’s break out of e-ink and e-social conventions, Amazon’s e-ink reveal took center stage.  They revealed their Kindle Fire, the Kindle Touch 3G, The Kindle Touch with the original Kindle still in the Kindle family line-up.

Forgive me, but I’m feeling a little fired up! After some research on the product, I have come to the conclusion the little 7-inch device is smokin’ hot! Not to mention its awesome price tag, which is a good 50% cheaper than the Playbook and $300 cheaper than the iPad!

I am a mega reader and writer (I know, shocker).  But, I don’t own a pad or a tablet yet. I haven’t been fully won over by these devices, but after this reveal from Amazon I am honestly SOLD!

Why am I sold?  Let me share with you the Kindle Fire’s features and you will understand. 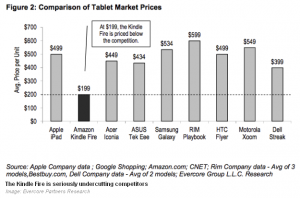 Sena predicts that by 2016 the CAGR of the Kindle Fire will decline by 6% to $149. That’s awesome, but I won’t be waiting until then for that sales price – it’s already on sale for me. I’m ready to run out and buy it now! 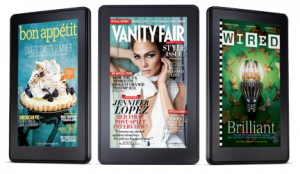 So, there you have my review on the new Kindle Fire tablet.  What do you think of this new device? What would you consider to be the pros and cons of utilizing such a spicy device?