While working with different Object Oriented Programming (OOP) languages and frameworks, I’ve seen quite a few approaches on how to format various items. The line between personal preference and “best practices” has become blurry when dealing with naming conventions. 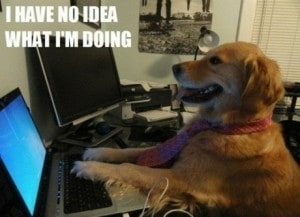 Some decent advice on that subject is to adapt to the style of the current environment. However, even within languages it’s not uncommon to find inconsistencies. For example, take a look at the concatenated acronyms in XMLHttpRequest for JavaScript. XML is all uppercase, while Http is mixed upper and lowercase. There is no clear text treatment, making it unintuitive and more difficult to remember.

For this reason, it is a good idea to treat acronyms as words. While not immediately clear, it eliminates the guess work when attempting to recall a particular class, method or attribute; especially since acronyms tend to evolve. For example, the phrase “Away From Keyboard” eventually became “AFK” and is commonly typed as “afk”. By treating it as a word, you won’t have to guess which casing to use, just follow your chosen convention.

So, what if you have the chance to write your own library from the ground up? Perhaps something portable that shouldn’t be married to one particular language or uses many languages; what naming practices should you follow then? Of the examples I’ve seen and used in the past, here is what I personally prefer on a basic level.

Methods use lower camel case, meaning the first word is all lowercase, while each additional word begins with a capital letter followed by lowercase.

Variables use lowercase words, separated with underscores. They are dynamic objects that are usually defined on a per instance basis.

Constants use uppercase words, separated with underscores. They are unchanging values and are typically also static (accessible directly from a class).

There are other considerations that play even deeper into personal preference, such as curly-bracket “{}” placement for functions vs loops vs if-statements. Spacing for within and around parentheses “()” is equally preferential. How you format your code is ultimately up to you and how you find it the most readable.

Again, what I mentioned above is very generalized and won’t necessarily stand well in some languages. Adapt to your environment and please, do leave comments below. I enjoy reading other programmers thoughts and opinions.