A co-worker stopped me this morning and asked me if I’d heard that James Franco had declared social media “dead”.

Wait, what? Oh no! I need to brush up my resume. Has anyone told Mark Zuckerberg? Is Google smiling? Is Google funding James Franco’s next big movie? I never got my hipmunk. I wanted a hipmunk!

These and other thoughts ran through my head as I processed that information. But I didn’t head back to my office and start clearing out my desk, ready to proclaim myself a full-time microbrewer or African safari leader (just because I’m afraid of lions doesn’t mean I couldn’t do it!). I also didn’t laugh at my co-worker and think “yeah right.” Instead, I gave it some thought. 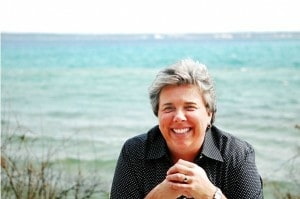 In speaking with her on the topic she agrees that “social is a new media that isn’t going away. It will only progress.”

Nothing popular can ever remain in its pure form for long. Sure, Twitter was once a small network of people who talked openly about their lives—people listened, people responded and the Fail Whale was lovable. But as more people signed on, the noise of Twitter became even louder. Soon, advertisers wanted in on the action and brands had to monitor how they were being portrayed. The purists revolt, while the realists understand that this is just the way the world works. Those caught in-between may get mad about an ad here or there, but when a company really embraces the social network and comes up with a strategy that engages tweeple, real interaction occurs.

So yes, the pure form of social media is dead. And video killed the radio star, right (no one tell Ryan Seacrest!)?

I think it’s pretty safe to say that, for now, the world is hooked on social media. Networks may rise and fall, but unless we have a Unification War that shuts down the Internet, or Reavers descend upon us and eat anyone socially savvy, it’s not going away for a while. And as it continues to eat up more of our free time (don’t pretend you don’t check Facebook when you get home from work. You know you do!), brands are going to want to find a way to market to us online. Which isn’t necessarily a bad thing.

What’s a Reaver? You don’t want to know!

As I alluded to earlier, I think the key to successful marketing in social networking is understanding the channel and the audience. Give people something they will appreciate. Don’t push messages at them that will just make them angry. Engage in conversations. Give them something they want to use. Throw angry birds at farm animals. But listen to consumers—really listen to them. Because if you don’t, your hopes of social media success will be over.

And if the Reavers come, I’ll be with the Firefly crew. And incredibly less annoying than Kaylee Frye.