Oneupweb : Apple Is Destroying The Way We Do Business: A Love Story 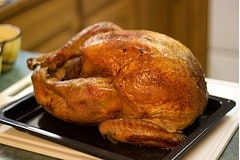 I remember a time back in college, back when the internet was in its infancy, there was an ad on TV for Butterball turkey.  And at the end of that commercial they showed this newfangled thing called a URL. I remember thinking to myself, “Now why the heck does a poultry company need a web site? That’s just pointless.” Only now can I look back and see just how wrong I was and how right Butterball was: if you are a business, you need a website. Period, paragraph, end of statement.

Since the explosion of the internet, having an online presence is no longer something that you get around to, or even an option. It’s a must-have.

Jump ahead to 2006. A little website called Twitter is released into the wild, allowing people to send out 140 character updates into the ether, freely available for anyone who wants to listen. Once again, I found myself thinking, “140 characters? I guess it’s a neat concept, but it’ll never take off. That’s not enough space to say anything of substance.” Nostradamus, I am not. With tens of millions of users, Twitter has emerged as a juggernaut that shows no signs of slowing.

Fast forward to now—everyone has a website, your grandmother’s on Twitter and you can’t swing a dead cat without hitting someone who owns a “smartphone”. And what’s the number one “gotta have” smartphone out there? You guessed it, Apple’s iPhone. Released in 2007, and with over one hundred thousand apps available to download and over two billion (yes, with a “b“) downloads and counting, Apple is forcing companies to once again reconsider how they do business.  It’s no longer enough to have a website, heavens no. To be truly successful in this Web 2.0 world, one must have a social media presence, mobile-optimized sites and yes, even an iPhone app.

Luckily, all of these are things that we fine folks over at Oneupweb can help out with. Whether you need your Facebook fixed, your Twitter tweaked or your main site mobile-phone-ified, give us a call at 877.568.7477 and find out what we can do for you.