“Did you feel the earthquake?!”

How often does someone living in Michigan get to ask that question? But that’s what the Oneupweb team was asking each other just after 1:45 EST this afternoon when desks, chairs and plants started to shimmy and shake.

Being new to this whole earthquake thing, we needed to find out if what we felt was in fact a real live earthquake. First place to look? Twitter, of course.

Immediately tweets started showing up with people sharing info about where they were when they felt the quake and asking if others had felt it too. Within minutes, I could tell that the quake had originated near the Ontario-Quebec border and had been felt in Michigan, New York, Ohio, Illinois and Vermont. In no time at all, I was seeing photos of people in Ottawa evacuated from their buildings: 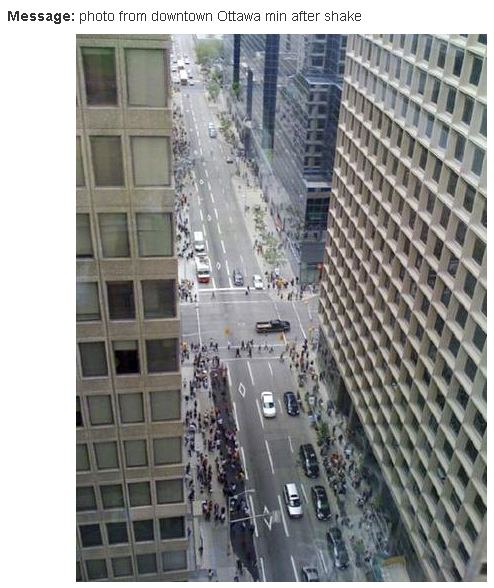 Soon enough came a tweet with a link to the United States Geological Survey stating that the 5.5 magnitude earthquake originated from the Ontario Quebec border in eastern Canada. 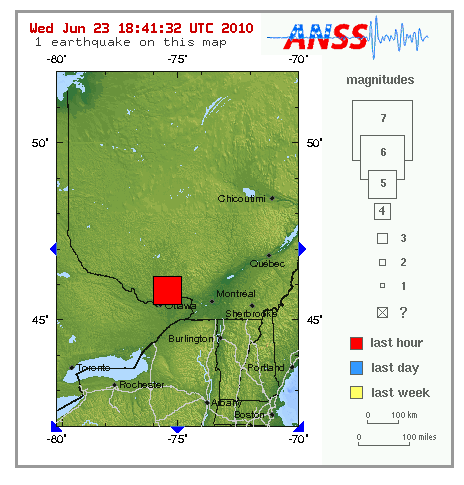 All this information was gathered in a matter of mere minutes, all from Twitter.

In an event like this, is there a news gathering tool out there that can compare to Twitter? It’s a democratic, immediate news sharing machine. And during the extremely rare earthquake in Michigan, it’s impossible to live without it.

Did you feel today’s earthquake? Where were you?