The following is why I think Facebook is on its way to changing the world:

View the example below from CNN (click image to enlarge): 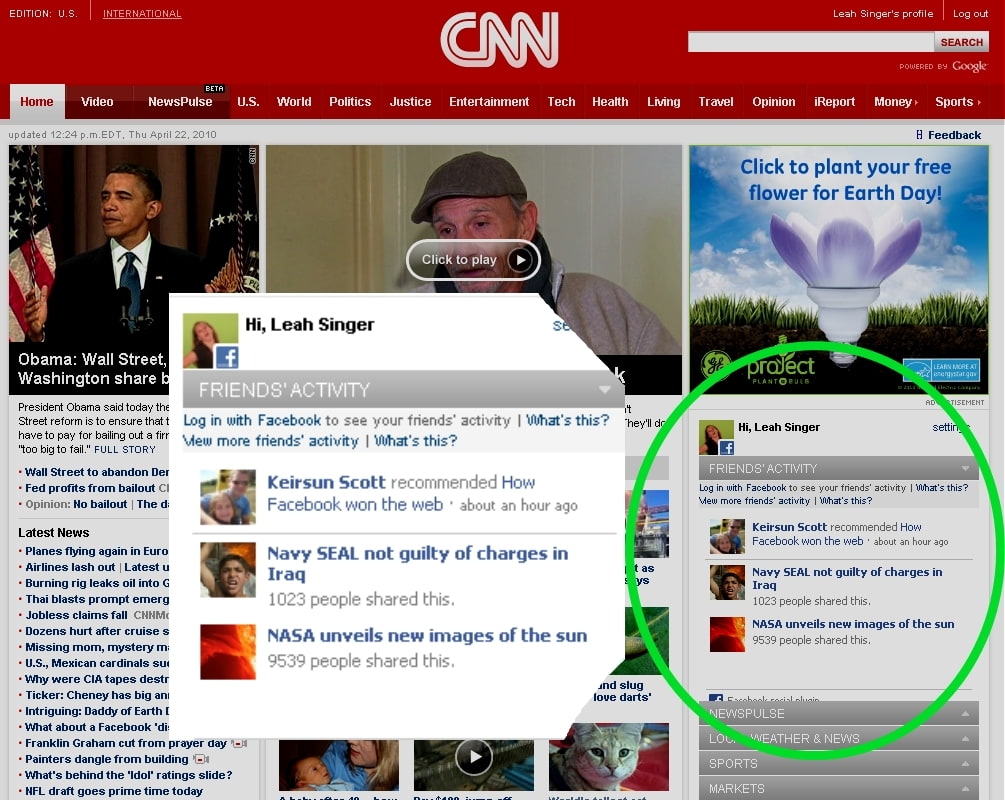 Under my “Friends’ Activity” I can see what my friends recommend on CNN. As you can see, my colleague Keirsun recommended the CNN article ‘How Facebook won the web.’ This activity feed also includes a list of other CNN articles that Facebook users have shared.

And that is only one piece of the pie.

Facebook’s various Social Plugins allow different types of websites to integrate the right plugins for their brand. For example: Like Button, Recommendations, Comments, and Live Stream are just a handful of the plugin options.

This Open Graph is essentially dissolving Facebook Connect, which accumulated 100 million users in a single year. With the Open Graph, that number will surely rise.

What do you think? Is Facebook changing the world in which we communicate? Will its Open Graph and Social Plugins change the way we function online? Please leave us a comment, we’d like to hear from you on these major announcements.