The article details some of the posts on Wal-Mart’s new corporate blog: Check Out. Now I will be the first to say that I’m not a Wal-Mart fan, but I have to give the big box retailer credit for putting the keys to the blog-mobile in the hands of Wal-Mart product buyers. 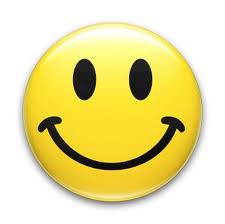 And these buyers have been busy writing authentic blog posts that include their honest opinions of the products they are responsible for putting in the hands of Wal-Mart consumers. Even when their opinions include negative feedback on well-known products.

The New York Times article cites one Wal-Mart blogger expressing disappointment in Microsoft’s Vista operating system, a complaint which has seemingly echoed in the halls of Redmond since Vista’s release. Another blogger referenced in the article refers to one of the recent Star Wars movies as a “debacle.” Both the movie and Vista-bundled computers are available for purchase in a Wal-Mart near you.

Is Wal-Mart unexpectedly pushing forward with the next wave of consumer empowerment? “Sure, Ebert gave the movie a thumbs up, but Stan at Wal-Mart says the DVD will probably be in the bargain bin by the end of next week!”

Pointing to a recent post about Wal-Mart’s decision to choose BluRay over HD DVD, the NYT article infers that Wal-Mart’s bloggers may become a strong source for information on company decisions that have a significant impact on consumer goods markets.

It was a blogger on the Check Out, after all, who first disclosed last month that Wal-Mart would stock only high-definition DVDs and players using the Blu-ray format, rather than the rival HD DVD system. The decision was considered the death knell for HD DVD.

So go ahead and have a little fun window shopping on Check Out. As the blog’s headline states “…the Lanes are Always Open.”