Welcome back to the Friday Content Roundup, where we bring you a little taste of the cool/fun/interesting/weird stuff we found on the Internet this week. Today, we’re totally going to be jerks about it.

Hey, you know something? [Expletive deleted] you—all of you. Especially you. Today, it’s all about the jerk move, because—according to this article in The Atlantic—it pays be to a jerk (sometimes).

Read that article because I said so and also because it discusses a variety of different research studies into the psyches and relative successes of jerky people (not to be confused with our Jerky People, the proud and personable people of Jerky Town—I’m talking about the garden-variety, generic @$$holes here).

For example—consider this: When it comes to top-of-the-line, luxury brands like Gucci or Burberry, people will actually pay more when they feel rejected by the jerky salesperson.

Not so much when it’s this guy though… 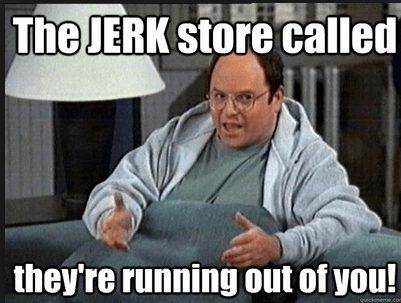 While it doesn’t always pay to be a jerk, sometimes it’s a little funny, or at least interesting, so let’s take a look at a few jerk moves we uncovered this week.

Wine fraud is not new, folks.

But it’s new to me. I stumbled upon this video from Bloomberg Business showcasing Maureen Downey, the Sherlock Holmes of Wine. In the video, she exclaims:

“Anybody who’s been collecting or buying wines in the last fifteen years has probably purchased at least one counterfeit wine.”

Here’s my tried and tested method for avoiding this heinous crime: I don’t buy wine. But when I do, I like it to come in the bag-and-box variety, with optional bejeweled anchor symbol, amirite, ladies?

Nicole E.’s pick for this week involves a little logo redesign in response to a “jerk move” by the Swedish government.

Earlier this week, the Stockholm District Court seized The Pirate Bay’s .se domain. They just reached out into the digital ethersphere and grabbed it. I imagine their reaction was something like: 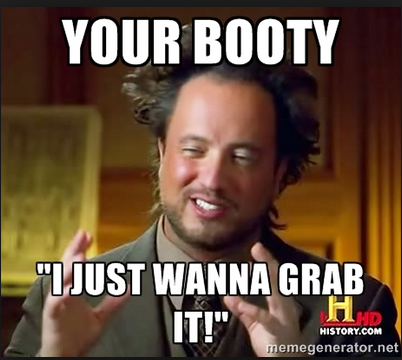 “Booty.” Get it? It’s punny. And that’s my jerk move for today. You’re welcome, readers.

Getting back to the point—the best part is how The Pirate Bay responded. Within hours (they’re fast, those scurvy scalawags), The Pirate Bay relaunched in several new top-level domains and released a new logo featuring a freaking hydra:

Because, you know, cut off one head…

I like math. No, scratch that—I like the concept of math. But seriously—math can be a real jerk sometimes.

Freddy sent along a math problem that a Vietnam teacher challenged his third-grade class with. I took a few random shots at it. Got nowhere. You try it. You’re supposed to fill in each empty box with a number 1-9, using each number only once. 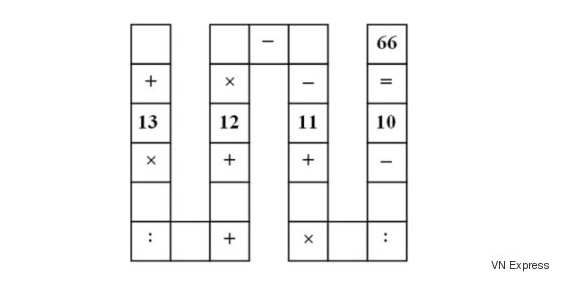 It’s tough, right? Maybe even dangerously tough, at least for those of us in the “West”, according to this man, apropos of nothing, and his comment on the article:

Batman is the biggest jerk in Comicdom. He’s always brooding and making passive aggressive comments. On the Internet he’s always slapping Robin in the face. 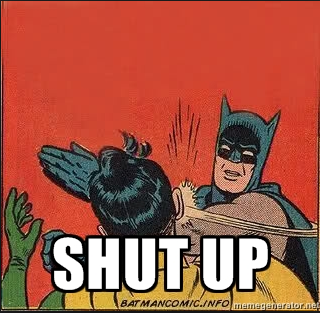 Jerkiness aside, he’s also one of the most beloved superheroes in the business, so when Rob sent around this Moleskine ad featuring the Caped Crusader—needless to say, I dug it:

The Curious Case of Harry Shearer

There are several potential jerk moves in this story.

For one—Shearer is walking away from a $14M offer. That’s ridiculous money, especially given what’s at stake here, a cartoon show (an insanely successful and highly lucrative cartoon show, but a cartoon show nonetheless).

For two, it might be a jerk move for us all to clamor over Shearer leaving, who cited the need to exercise creative freedom, something he claims he’s had for decades. We can’t fault a guy for chasing after something he cares about.

Lastly, the notion of private negotiations entering the public arena, on Twitter no less, is also a jerk move—we’ll likely never know whether any of this clamor had an effect on the outcome here, but both Shearer and executive producer James L. Brooks public tweets about the matter only served to fan the flames around the issue.

Please stand by for a public service announcement from Director of Client Services, Sara Ariza. In our call for content this week, Sara sent along a troubling notion: the possibility that her sister will intentionally snub their upcoming Memorial Day Family Weekend if Sara’s mom does not make a Texas Sheet Cake.

Sara wondered if it’s a jerk move to hinge her fun on the possibility of having or not having cake. We’ll let you decide, Internet. In the meantime—we stand with Sara and cordially ask that her sister attend the family gathering, irregardless (sorry, Sara!) of whether there is Texas Sheet Cake or not. Let Sara have her fun and maybe eat cake too.

Get the ^&#@ Outside, It’s Memorial Day Weekend

That does it for this week’s content roundup. Now, get the [Expletive Deleted] outside and do something!

As always, until next time, I remain yours, contently.