Welcome back to the Friday Content Roundup, party people! I know, I know—it’s Wednesday. But listen—I’m not about to sacrifice consistency on the basis of some silly technicality. Besides, it’s been literally 26 days since I last penned one of these puppies and I’ve been itching to get back into it. So you’re welcome. Also, we’re moving offices on Friday, so this is essentially the only time I have to do this.

You may be wondering—Chris, what the hell have you been up to for the last 26 days? How is it possible that we haven’t had a content roundup from you since that time?

My apologies. I won’t get into what I’ve been doing but I can assure you that I wasn’t accidentally raising puppies who turned out to be, in fact, bears.

That did happen to some guy in China, however.

According to this Mashable article, a Yunnan resident “bought two ‘puppies’ from a mysterious Vietnamese stranger a few years ago” that actually turned out to bears. The first mistake here was probably buying anything from mysterious Vietnamese strangers. That’s basically the plot of every cute-creature-turns-into-horrible-monster movie gone wrong (remember Gremlins?).

Despite looking pretty much exactly like bears, the Yunnan resident didn’t think anything was strange about them until the bears “killed and ate [his] pet chickens.”

The bears killed and ate the chickens! 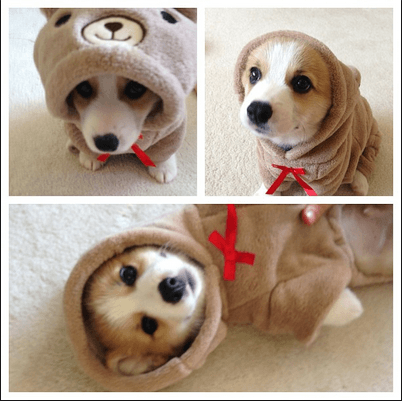 Once upon a time, Tim Burton nearly directly a Superman movie called “Superman Lives.” The movie would have featured several different Superman costumes, including one that was all black and one that was rainbow (my daughter would have loved that one) . Plus it featured the one and only Nic Cage wearing the sacred “S”. 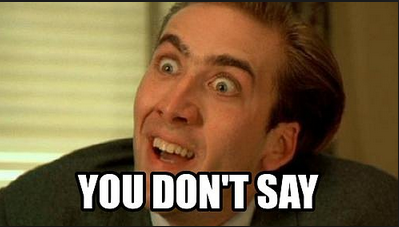 The movie never saw the light of day, but a new documentary is helping the Internet remember. Said documentary aired in select theaters back in May, but it’ll be available for streaming tomorrow.

Thanks to our design ninja April for sending it my way!

Question: Can You Use a GoPro Camera to Capture People Hitchhiking on Sharks?

Answer: Yes. Yes you can.

In honor of everyone’s favorite week–#SharkWeek–we bring you a story about people who like to grab onto the fins of these terrifying creatures and ride them around like dolphins. It’s known as shark hitchhiking.

Shark hitchhiking is a thing. It’s not a thing I’ll necessarily endorse (both for safety reasons and also because I’m not convinced humans should be attempting to hitch rides on these sea creatures), but nonetheless—people are out there doing this and some of those people decided to use a GoPro camera to capture it in action. Here’s the proof:

This seems like an appropriate spot to toss in a random Left Shark reference, so here you go: 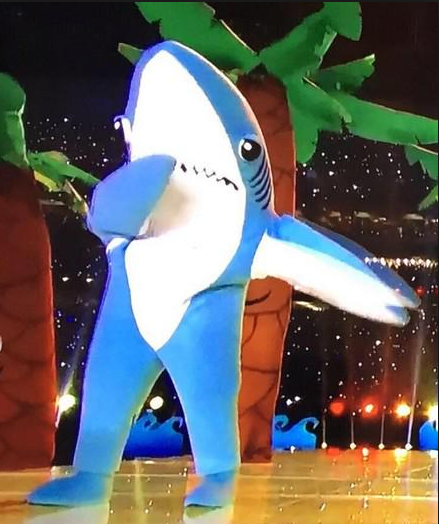 Dave Waeltz Is So Excited

That he just couldn’t hide it. Or wait for Friday, which is why he sent the following over to us yesterday (Tuesday).

It’s a movie General Motors produced for GM Motorama in 1956. It’s just under nine minutes long, is a musical, and features a look into the far distant future of 1976—a magical place of empty, endless highways, jet-engine-powered cars that drive themselves and friendly highway traffic controllers who hang out in lonely towers speckled along the road. It’s incredible. My favorite part is when the dad lights up a cigar in the completely sealed cabin.

(Actual lines from the scene: Father: Ah isn’t this the life? Mind if I smoke a cigar? Mother (sitting in back): Oh, not with this wonderful air conditioning!)

Check out the full video here:

I’m going to keep this short and sweet this week. Most of us here are in the midst of managing their schedules around the upcoming move, so I didn’t want to bother them with content requests.

We’ll do our best to get back into the swing of things in the weeks to come.

In the meantime, if you have any questions or need any answers, our video guru Rob VanderStelt and I suggest you consult this super creepy laser-etched alien Ouija board for answers. We bought it from a nice, but mysterious, Vietnamese stranger. Guarantee it won’t let you down.

Week of June 12: The Hot Mess That Is Europe. Also, Ghosts. And Logo Trends.

Week of June 5: Some Real Talk

Week of May 29: Buckets of Chicken and Golfing Revolutionaries