Interested in advertising with Twitter but feeling a bit overwhelmed? If so, I’ve got good news. Twitter recently launched Quick Promote, a simple-to-use ad buying shortcut for both desktop and mobile.

As described by Twitter, the feature allows advertisers to quickly promote a tweet, bypassing the traditional Twitter ad dashboard on desktop and Android devices (with an iOS version coming soon). As a recent Twitter survey revealed, users who see a relevant Promoted Tweet are 32% more likely to visit that business. That’s why I believe this is a great opportunity.

How Does It Work?

Using Quick Promote is simple. Promoted tweets are created within a user’s timeline, or by using the Twitter Ads campaign dashboard. 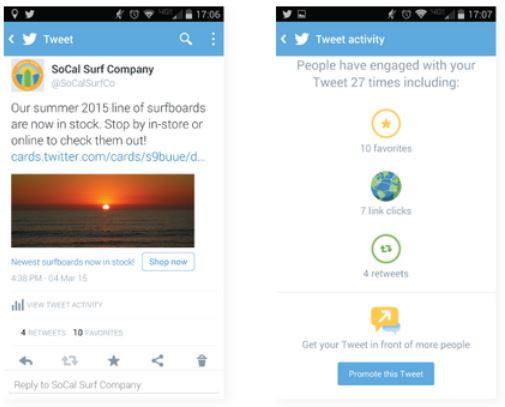 Once a tweet is selected for Quick Promote, you must then select an initial budget. Moving forward you can change the bid at any time from the ads dashboard, but this isn’t necessary. Finally, launch your campaign and view real-time results by either clicking the “View Activity” icon found on all promoted tweets, or directly on the tweet’s detail sheet in your Twitter Ads campaign dashboard. 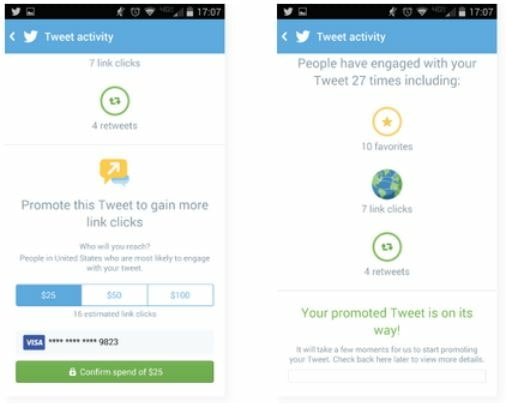 Great question! Now that the Twitter sales pitch is over, let’s get down to the brass tacks. Here are four reasons why I feel you should consider using Twitter Quick Promote.

Simply put, Twitter Quick Promote gives your business the opportunity to extend the reach of your best-performing tweets. You already know which tweets have performed well. Now you have an easy pathway to promoting those tweets.

There is a clear opportunity to increase interaction and engagement with a wider range of Twitter users. Choose a tweet that has already provoked engagement with your current list of followers and promote it to those that are interested in your industry.

3. A Quick and Easy Opportunity

One of the greatest benefits of Twitter Quick Promote is that it gives your business a quick, hassle-free way to promote tweets without having to commit extra time to campaign management. This is perfect for testing Twitter’s advertising options and for growing your brand at the same time.

Finally, a Quick Promote campaign will give you direct results, allowing you to make performance-based decisions about whether or not to launch more goal-based campaigns. This will help ensure your Twitter advertising dollars are spent wisely and effectively.

What’s Your Next Step?

Your next step is as simple as choosing a tweet you want to promote, setting a budget, launching a campaign, and reviewing performance.

The results will be a great low-cost opportunity for you to test advertising with Twitter, extend your brand reach, gain interaction and engagement, and decide whether or not launching a broader campaign makes sense for your business.

If you have any questions, or would like help with a campaign, send me an email at jyaple@oneupweb.com