Increase Your Chances of Going Viral with Your Social Media Campaigns

Thank you for helping us achieve our 15 minutes of fame—it wouldn’t have been possible without your speed, global connections and powerful influence on the public at large. 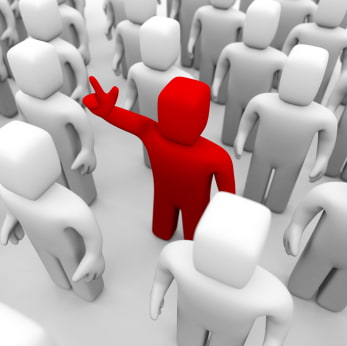 If some, or even all of these names are unfamiliar to you, chances are that someone you know is familiar with at least one.  How so, you might ask?

While some of our viral sensations became so based solely on their need for a lesson in etiquette or a good geography teacher, most were just blatantly honest, unintentionally hilarious, or a combination thereof!  But the one thing they definitely have in common is that each person took a risk—in some way, shape or form—by putting themselves out there to be noticed.  Said risks might include the fear of being ridiculed or coming across as offensive to someone, but let’s face it—in today’s society, all you have to do is sneeze on the street and someone is going to claim offense.  And with the exception of Caitlin Upton, better known as Miss Teen South Carolina 2007, and Pretty Ricky, none of these people had previous television or mainstream media exposure.

So what does all of this have to do with Social Media Marketing for business?  Well, if we take a look at the characteristics or tones behind the viral videos, tweets or blog posts that lifted these people to sensational levels, we should be able to compile a simple list of tips to keep in your back pocket when brainstorming your next social media campaign approach.

TIP: Be blatantly honest—and completely real.  People want to see or read something they can relate to.  And if your campaign approach is gimmicky, people will pick up on it—give the public a little credit!

Heather B. Armstrong has been blogging about the highs and lows of her life since 2001 on http://www.dooce.com, and spares her readers nothing!  From depression struggles to the effects of pregnancy on a woman’s body, she has written about it all—which is more than some might want to take in.  As a matter of fact, on June 5th at exactly 11:34am, she announced on her top-followed Twitter page that her mucous plug had fallen out.   And for those of you who don’t know what a mucous plug is, let me Google that for you.  TMI?  Maybe—but it caught your attention, didn’t it?

TIP: Add humor wherever possible. People are more likely to recall your campaign if they had a good laugh over it.

Judson Laipply’s YouTube video, The Evolution of Dance, ranks number one on the Most Viewed list at over 124 million views.   Little Superstar’s  video has 13,123,598 views to date.  Laughing Baby? 89,600,573 views.  And the Pakistani student video, which has only been online for two weeks at posting time, has been viewed 920,800 times.  The common thread here?  Humor, of course!

Chris Crocker’s image alone is the epitomy of shock to some, and he certainly doesn’t tread lightly in the least bit, but he has managed to make the crossover from social media sensation to mainstream media figure with coverage by MSNBC, MTV and, rumor has it, his own upcoming reality show.  But what is most shocking here is that this now 21 year old from Tennessee got his start by creating the infamous “Leave Britney Alone” YouTube videos—some of which appear on the Most Viewed list and have been spoofed many times over, fueling his notoriety.

I’m not suggesting you apply the same, or even similar content to your business social media tactics as our viral sensational friends, but there are certainly lessons to be learned from their various approaches.