Break out the cake, it’s time to celebrate! Oneupweb has officially been headquartered in the Traverse City area for 10 years.

I thought it would be fun to see what was going on in the world when our CEO, Lisa Wehr, picked up and moved from Alaska to Northern Michigan back in 2000. Here’s what I discovered:

Ah, yes. Remember when. Anyway, in 2000 Oneupweb had seven employees. That number grew quickly, requiring five moves over the past decade. The last move was to where I am currently writing this blog post from today—a 30,000 square foot facility overlooking Grand Traverse Bay. We currently have 43 employees, and (always growing) a couple of open positions we’re looking to fill. Here’s a pic of our current digs: 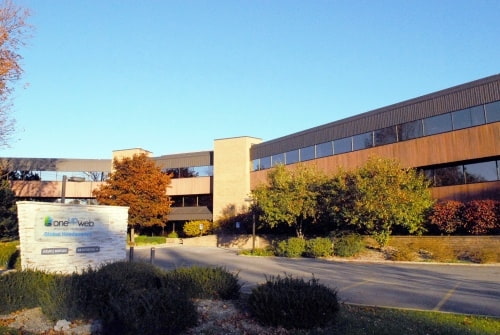 It’s been an amazing decade, one full of growth, awards, technologies and community giving. Here are a few highlights for Lisa and Oneupweb over the years:

Being headquartered in Traverse City, far removed from a bustling metropolis like New York or LA, has proven to be good for Oneupweb. It’s here in our hometown that we can really focus on our clients, dig in and get to work. And being in Northern Michigan has probably also helped us stick to a policy that Lisa instilled from day one—writing it on a piece of notebook paper and sticking it to the wall with duct tape.

Be humble, be honest, be professional.

It’s simple, which is something you don’t find a lot of lately. With the amount of communication options at our fingertips, everyone is clamoring to be the most advanced and have the newest gadgets. We long for things that are complex, and as a result, are quickly leaving simple behind. I was reminded of this today by Lay’s potato chips (random, I know). They just started a new campaign that “happiness is simple“.

It’s the minute you get to spend watching a beautiful sunrise over the bay. That quick break you take to play a game of ping pong. That moment when you get home, take your shoes off and relax knowing you’ve put in a hard day’s work. Yes, simple is good. A simple promise, faithfully followed, has propelled one woman’s dream from a small basement office to one of the nation’s leading digital marketing agencies.

And you can bet, when she looks back on it all, she can’t help but be happy (no, I didn’t have to consult Nick Marshall on that one).