Negative keyword lists can be accessed through the “Control Panel and Library” section of the AdWords interface. Creating a list is as simple as picking a name and entering the negative keywords that you would like to use. 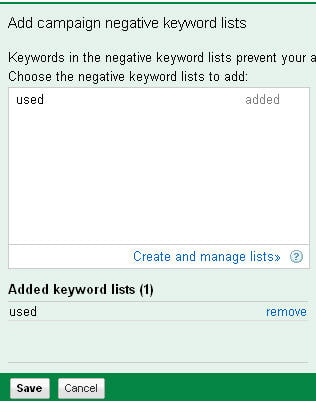 Negative keyword lists can be updated and deleted, although as of now it appears that the ability to delete lists hasn’t been fully implemented. It is good to see that Google is making a continued effort to expand the number of features in AdWords that help to speed account management tasks and improve campaign performance.