It is relatively simple to associate the failure of MySpace to the rather horrendous design flaws in the site’s engineering. MySpace allows users to customize their user pages by entering HTML and CSS into three potential sections: “About me”, “I’d like to meet” and “Interests”. The reality is that user added coding is positioned within the center of the page rather than being situated in the head element. This means that the page will load with the default MySpace layout before unexpectedly shifting to the custom layout.

A popular modification among web developers is the div overlay, where the default layout is masked by images enclosed within div tags. When I was developing custom MySpace pages for past clients, I liked to use my own method—combining dynamic content pulled from the MySpace profile with a div overlay. Essentially a hybrid, the code pushed the default layout down, allowing for a user to add an image above their profile. This permitted bending the MySpace rules by pushing their advertising down (making their ads less obtrusive), instead of covering them up, which is a violation of MySpace Terms of Service. 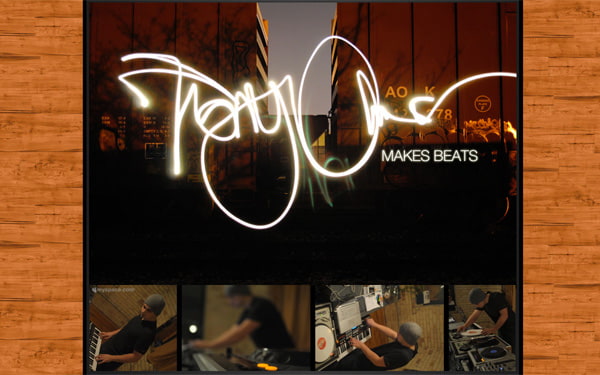 However, aside from web developers, there were few to ever master the art of designing MySpace profiles. Consequently creating a digital landscape of Geocities-like pages stoutly serving as eyesores and annoyances, rather than functional personal pages and profiles.

Poorly constructed MySpace profiles could undoubtedly freeze-up web browsers due to deformed coding, or as a result of users placing high-bandwidth rudiments in their profiles—such as video, graphics, and flash. These could be set to auto play on load. And when you have multiple items set to play on load, you have sounds playing over other sounds—creating audio chaos known as the train wreck effect.

In October 2005, a flaw in MySpace’s site design was exploited, creating the first self propagating cross site scripting worm—which swiftly became one of the world’s fastest spreading computer viruses.

In the beginning, this allowance for being able to customize and modify one’s profile with colors and themes as well as embedded objects was a luxury neglected to be offered by other blogs and social networks. MySpace filled this void and granted users the ability to add personality to their profiles.

What was once emphasized as the best part of this company has undeniably become its systematic flaw. In the end, the user experience was destroyed by its users. MySpacers were tired of all the tribulations, all the uninhibited, redundant flare and the lack of support—so they moved on to a better, more standardized solution: Facebook.