Oneupweb : If Only Don Draper Knew About Guerrilla Marketing

Don Draper will tell you that if you wish to survive in marketing, you need a few things: Great hair, a cocky smirk, a ready supply of cigarettes and brandy. He’d also add, adoring broads who don’t know anything about “sexual harassment,” and loads of creativity.

Well, I have no hair, my cocky smirk is more of a “is that guy having a stroke?” smirk. I don’t smoke, drinking makes me stupid—not charming. And I am oftentimes more of a feminist than the feminists are. BUT! I do have loads of creativity. My creativity has earned me praise, scorn and it has saved my life (literally) on a handful of occasions. So, as it is my only Draper-esque quality, you can understand why creativity, in all of its many forms, is a true passion of mine.

Thus is the explanation of my new found love of Guerrilla Marketing.

Guerrilla Marketing comes in many forms. In its simplest incarnation, it is the brochure that you receive from Bed Bath & Beyond in your mailbox once per week or so.

In its more creative form, it is the flash mob that crowds around a statue, each member intently reading the same magazine. It is the full size car balanced precariously in a shopping cart in the middle of the mall during the Christmas shopping season. It is the drowned child in the pool that turns out to be a 3D sticker that, upon closer inspection, states “Know what to do.  American Red Cross.”

As a marketing dude that will need to be putting Guerrilla Marketing to work for Oneupweb very soon, I have seen thousands of examples of great campaigns. And yes, I have developed some favorites.

Topping my list of favorites are the shock value campaigns, usually from UNICEF, the Red Cross, PETA, Greenpeace and the like. From ketchup packets that portray a young child’s leg being blown off in a rather bloody fashion by a landmine, to PETA’s dead chick in a meat wrapper labeled like beef, to this ingenious bit of “bring it too close for comfort” marketing: 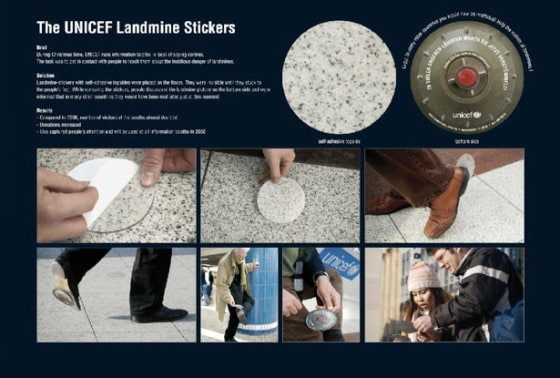 I love them all!

More “shock people to action” advertising comes in the form of pick pockets (this is one of my most favorite campaigns): 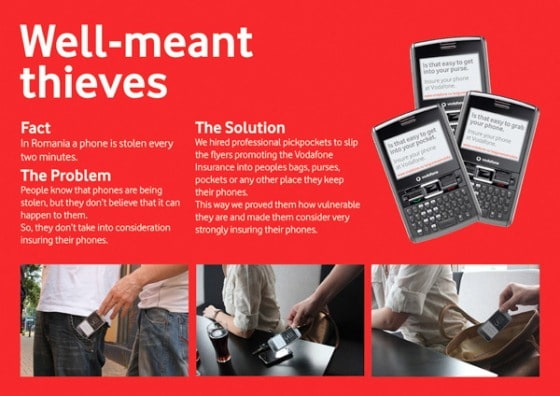 Let us not forget this doozy, put out by a life insurance company:

The wildly successful, “do they ever wear shirts?” franchise, “Twilight” has brought in many millions of dollars. Yet, their campaign was cheap, simple, employed others’ advertisements and was genius: 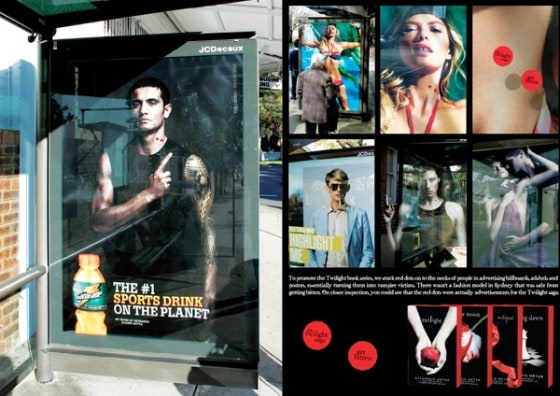 Products top the list.  Companies wrack their brains in an attempt to be creative and daring, ingenious and new. I’ll wrap this up with a great ad from Hoover: 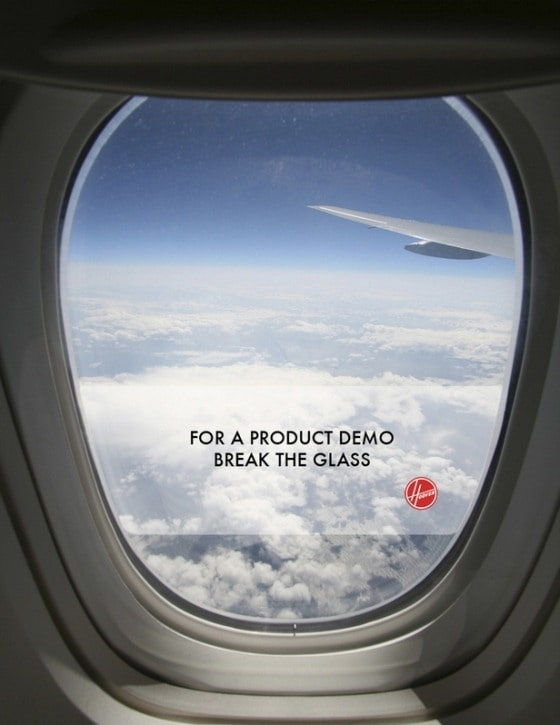 Check out CreativeGuerrillaMarketing.com for MANY more examples of some of the best Guerrilla Marketing out there!