A common topic on the internet that has been discussed, and will continue to be discussed ad infinitum, is the ability for anyone to make a “Big Point” by just committing an idea to the medium and disseminating it across social networks. This idea is exemplified by the website IfItWasMyHome.com. 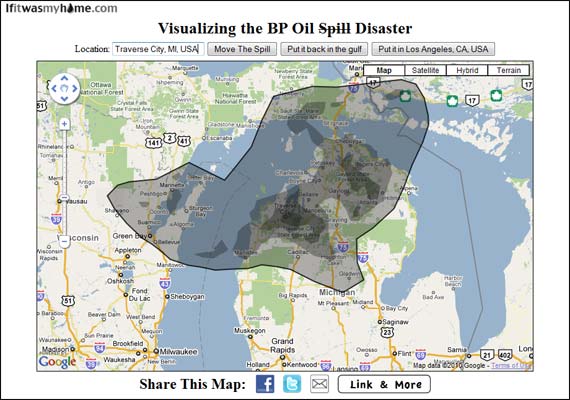 IIWMH, at its core, is a mashup of Google Maps and the National Oceanic and Atmospheric Administration’s gulf oil spill data. You put in any location, and the website overlays the oil spill on a map centered on the location you input.

Just like that, a simple concept meets web development and results in an experience that is both deceptively simple and hugely impactful. By combining the GMaps API with freely available data from NOAA, the oil disaster becomes immediately relatable, and ceases to be just a string of numbers and facts.

So you to all you web developers out there, let this inspire you—you have an incredibly versatile set of tools at your disposal. If you have a “Big Point” to make, you can. Just sit down and commit your ideas to the medium.