Oneupweb : May the Best App Win

I just read a staggering statistic that more people on this Earth have a cellphone than a toilet. It really puts into perspective just how important mobile media has become. With AT&T and Verizon, the iPhone and the Android, we’ve seen it—the race is on to be the king of mobile. Who will win? Time can only tell. But right now, it comes down to the app.

I am an iPhone user. The apps that get used most on my smartphone are Facebook, Twitter and YouTube. Consequently, those are the websites I visit most often on my trusty old desktop as well. And my favorite, of course, is Facebook. Here’s a quick screenshot showing you all the leftover space I have that is just waiting to be filled by amazing apps. I just haven’t found any that I like as much as Facebook to fill the space with… 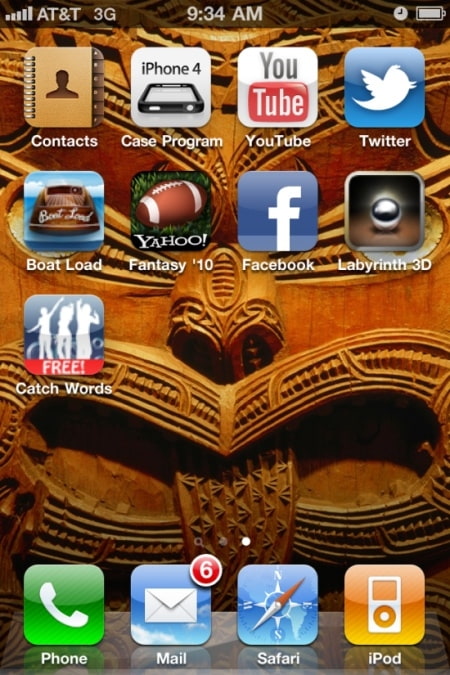 My husband is an Android user. He is constantly complaining about his Facebook app—it’s obviously not as good as the iPhone version. Consequently, if you looked at his phone, the screen would be filled with random apps for restaurants, movies, fantasy sports teams and more.

So it got me thinking—could the reason I don’t use a lot of different apps simply be because my Facebook app is all I really need?

When I want a restaurant recommendation, I hop on my Facebook app and ask for suggestions from friends. When I want to know what the weather is like in the morning, I check my Facebook to see what friends are posting about around the state. It’s where I get movie recommendations, event invitations and more. Why use all the other apps when I’ve got it all in one little program, right there in the palm of my hand?

What do you think? Could the Facebook app, if improved upon, eliminate the need for other apps? What apps am I missing out on? Let me know!