I stumbled across a great viral campaign (a series of videos) today that’s had me laughing ever since the first line of the first video. It’s for Subaru’s new vehicle called the Mediocrity. The videos are executed perfectly and they’re super funny. And the microsite is designed very well—who doesn’t love a little beige-on-beige action? If I had more than 2 thumbs, they would all be up in the air for this campaign. Heck, I am definitely more likely to buy a Subaru now, or at least keep them on the radar for my next car. I am really tired of driving around and people noticing me. 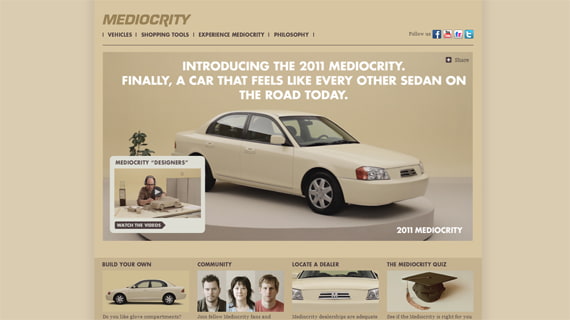