Oneupweb : Not a lot of Sun Shining on the Content Farms

Last Thursday marked the day Google announced some pretty significant changes to their search algorithm they had been using. Their claimed goal for restructuring was “To give people the most relevant answers to their queries as quickly as possible. This requires constant tuning of our algorithms, as new content—both good and bad—comes online all the time.” 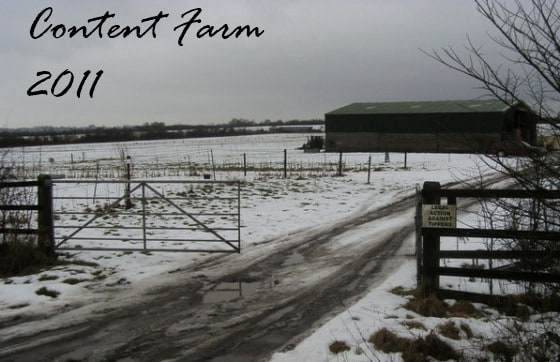 It appears this modification was primarily targeted at content farms. A content farm, you ask? Wikipedia provides an astounding definition:

“In the context of the World Wide Web, the term content farm is used to describe a company that employs large numbers of often freelance writers to grenade large amounts of textual content which is specifically designed to satisfy algorithms for maximal retrieval by automated search engines. Their main goal is to generate advertising revenue through attracting reader page views.

Articles in content farms have been found to contain identical passages across several media sources, leading to questions about the sites placing search engine optimization goals over factual relevance. Proponents of the content farms claim that from a business perspective, traditional journalism is inefficient: stories are chosen by a small group of people that frequently have similar experiences and outlooks. Content farms often commission their writers’ work based on analysis of search engine that proponents represent as “true market demand”, a future that traditional journalism lacks.”

A report that came out over the weekend from SISTRIX shows those who have seen noteworthy changes in position by the change in the Google algorithm: 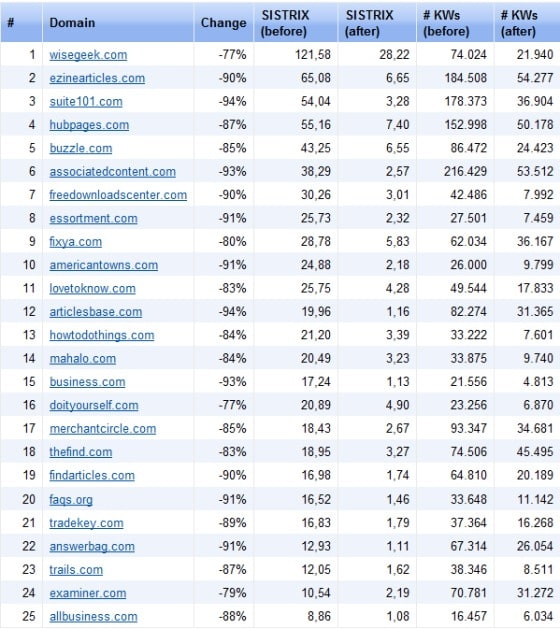 It is difficult to know whether or not the tactics the above websites were using to get their positions were legitimate or not. One thing that these changes have shown us in the past is that someone will find another “quick-fix” loophole to climb their way back up to the top. This industry has always and will continue to have a cat and mouse like game when it comes to grey area search engine strategies. It will be interesting to see if or when Google search results will actually see an increase in overall quality from this change.

Stay tuned to posts on StraightUpSearch, because just like me, my coworkers here at Oneupweb are just as eager to know and share the latest happenings in the search world.