Oneupweb : Please Pay Attention to the Man Behind the Curtain

I know: I’ve written about PageRank before. “Find a new topic, broken record,” is what you’re saying. I feel your pain, I really do, but you know what? If Google keeps talking about it, I’m going to have to keep talking about it. It’s my lot. It gets my blood all angried up, so it’s what I gotta do.

That said (perhaps unnecessarily), Google’s talking about PageRank again. How it doesn’t matter that much to them. How they were even thinking of renaming it, but probably won’t. And there, right there, is where my line of questioning begins—if it doesn’t matter, why are you thinking about renaming it? As reported by WebProNews, Google’s Director of Research, Peter Norvig, recently said at SMX that PageRank is “overhyped.” Well, yeah, maybe. But whose fault is that? Matt Cutts is going to speak on the topic as well. And it won’t be the last time.

I find the entire Google response disingenuous. It’s dangerous to go on the record saying anything definitive about how search works, but I’ll stake whatever reputation I have on this one: Incoming links, especially quality incoming links, play a huge factor in ranking. Everybody freaking knows that. If links didn’t matter, why would Google pay so much attention to where they come from, even to the point of requesting help in reporting sites that sell links? What does PageRank measure? Duh! So don’t come out here all passive-agressively “aw shucks-y” and “y’all are gettin’ yore purty li’l selves all riled up over nothin’,” treating us all as though, number one, we’re three years old, plus acting like we’re the ones who made a big deal out of the whole thing in the first place.

If it’s not a big deal, why did you patent it? Why do you say, on your Technology Overview, that “…Pages that we believe are important receive a higher PageRank and are more likely to appear at the top of the search results.” Guess what, Director of Research Peter Norvig? Appearing at the top of the search results is kind of a big deal. With the vast majority of people unlikely to search past the first page, if you’re not at the top, you’re not likely to be seen. Depending on the search, like say it’s for the product your website, which is the source of your income, sells, yeah, that’s a pretty big deal. 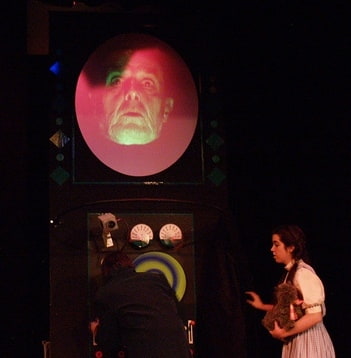 I, again, ask for your patience, dear audience. OK, wait for it…. Trumpet flourish and…here’s your analogy: you know that scene in the Wizard of Oz, where Dorothy et. al. finally get an audience with the Wizard so Dorothy can (inexplicably) ask to go back to that dusty pig farm in the middle of Tornado Alley and the other freaks can ask for all that crap they already had? (The utter irony!) Anyway, what if the Wizard, when he’s saying “don’t pay attention to that man behind the curtain,” is actually intending that they DO pay attention to the man behind the curtain because the Wizard IS actually this crazy demigod who just doesn’t want to grant wishes even though the people (and, um, whatever) asking for wishes totally killed the witch and did everything the Wizard asked them to do? Huh? HUH!?!?!

So Google’s the Wizard. Right?

So they should just shut up.