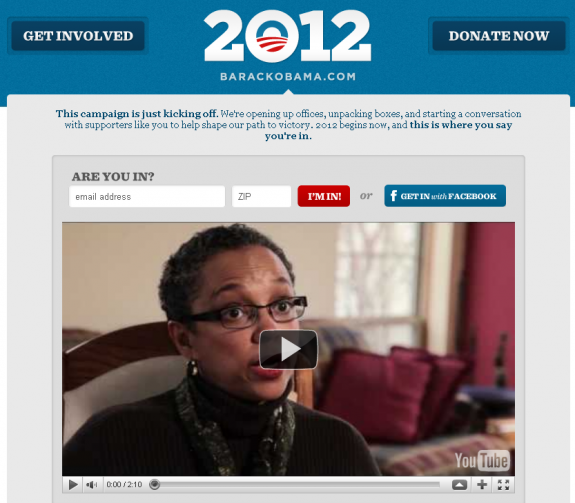 Now, he’s not the only one who’s utilizing social media. Congressman Ron Paul, for example, is also using YouTube and Twitter on his official website, as well as Facebook (not featured on his homepage). One difference I noticed between the two candidates is that Ron Paul has several unofficial fan sites and social profiles created in support of his 2012 presidential campaign—especially on YouTube.

What do you think about President Obama’s usage of social media? Do you think it gives him an advantage over his competitors?