How cool is this? Google recently updated its live search results with a new feature called Google Replay, and now you can find people to follow on Twitter through Google! Enter Google Follow Finder.

Just type a username in the search field, to find people you want to follow. Below is an example of the results you will receive using Oneupweb. 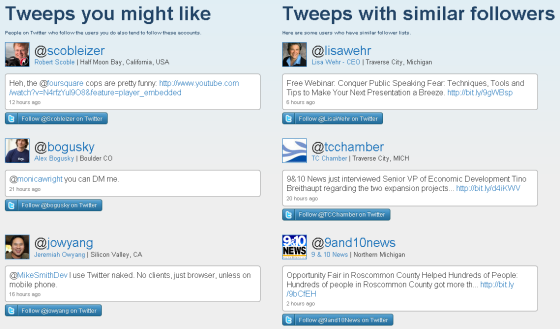 Follow Finder generates two lists based on your follower and following lists. Below Google explains the two lists:

This all seemed great, and I couldn’t wait to start expanding my 230 closest followers. But when I clicked follow, I received this error.

NOOO! I tried this on several browsers, using different Twitter account logins, but to no avail. I received the same error for each. Google you were doing so well.

I guess they are still working out the kinks. Until this is fixed it does us no good, and for that we give Google’s Follow Finder an…