Last Friday I bought the HTC EVO 4G phone and I love it. This phone is simply amazing. It’s a GPS device, a digital video/photo camera, and can access the internet (did I mention you can make phone calls?). You might not think that’s a huge leap in technology compared to the options offered in comparable smartphones, but the difference is in the details. 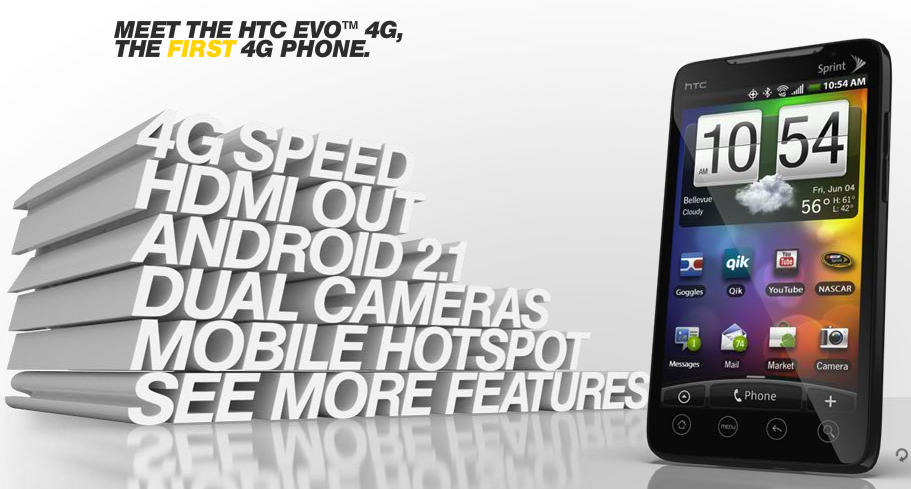 Cameras: This phone offers an 8mp camera and can record and play back high definition video. I’m fully aware that mega pixel count can be deceiving; the true measure of picture quality is chip size. I used to be a photographer and graphic designer, so quality is important to me. It also has a front facing camera, which is pretty nice too.

Internet Browsing: Let me just say, the EVO runs flash. Seriously Steve Jobs, you need to get over your beef with Adobe. This was a deal breaker for me for so many Apple products. iPhones and iPads don’t run flash and probably never will. The EVO does.

Kickstand: The EVO’s kickstand is more useful that you might imagine, and I expect this feature to be added to more smartphones as they become increasingly focused on multimedia. 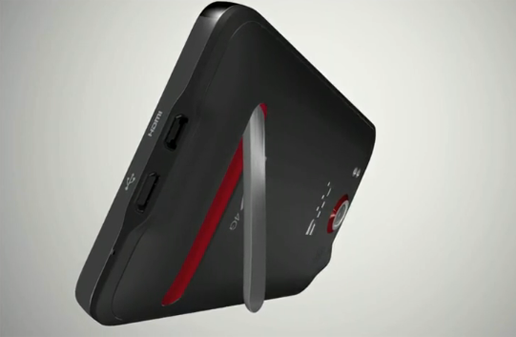 I have read Michael Arrington’s review of the HTC EVO entitled: Don’t Buy The HTC EVO, It Is a Seriously Flawed Device.

I can’t help but wonder if the title of his blog post was meant to gain attention or accurately represent his review. In my opinion, saying the HTC EVO is “seriously flawed” is like saying Ferraris are seriously flawed because they can’t fly and they run out of gas.

In his post Arrington states two things that he believes make the EVO a seriously flawed device: battery life and the lack of customization options for the operating system.

If you want longer battery life, turn off some of the HTC’s options friend. You don’t always need GPS, WiFi, or 4G. When I’m not using these options I just turn them off and I have no problem with battery life. If I know I’m going to use a lot of high power applications I plug it in. I would rather have the options and plug the phone in, than to not have the options at all.

I would hardly call this a “flawed device” for these reasons.

A competing device to the HTC EVO is Apple’s iPhone 4. Recently, I watched an Apple promotion video for the iPhone 4 and if they use the world “magical” one more time I’m going to write a post on the definition of the word magical. Unicorns, wizards, Disney World, all magical; a phone is not. Unless Apple’s next release is the iWand (Which I would buy even if it didn’t run flash), I demand Apple stop abusing the word magical. 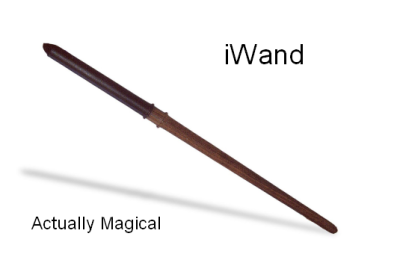 But more bothersome than false advertising is an Apple commercial making it seem like live video chat on a smartphone had never been done before. I did that two weeks ago with my EVO. Aside from pre-orders, the iPhone 4 isn’t even available for purchase yet.

Lastly, the reason I rant is because I was verbally abused by an Apple Fanboy back in the day. He tried to make me feel like I was less of a person because I used a PC. It’s a good thing I don’t define myself by what computer I use, I might have never recovered. I think that people need to start defining themselves by who they are, not by what phone or computer they use. If you think a product is better, then use it.