I’ll be honest, I didn’t even know the MTV Movie Awards occurred last night until I read on Digg this morning that Sandra Bullock kissed Scarlett Johansson. But like most people, I wanted to know what else happened. So I went to check out what the most talked about moments were and discovered something pretty cool: MTV Movie Award’s Tweet Tracker.

With this handy application you can visually see what the most talked about topics or people were. The bigger the picture, the more talked about the topic. In the lower-right corner, you can even view what the most popular subject was at a particular time.

If the cloud version of Tweet Tracker has you feeling dizzy, you can always view the stripped version. Here the Tweets are broken down in sequential order. It’s interesting to see certain topics gain popularity over others. 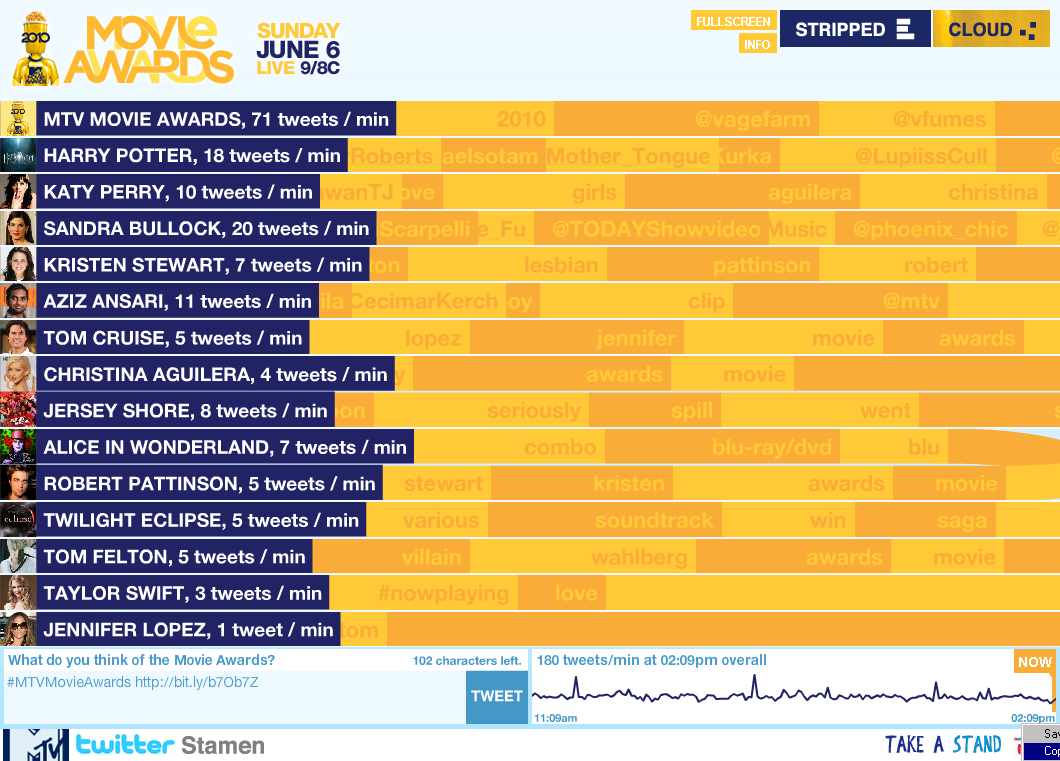 Click on any of the topics seen above and a drop down box will show you the specific tweets. You can do the same with the cloud version as well.

I wanted to mention that this application isn’t anything new. During the Olympics I reviewed a similar app called the Olympic Tracker. What’s interesting to me is that Twitter has not created a similar application for itself. Is Twitter really that behind in innovation, or are they taking a back seat to give others a chance to create and innovate? I couldn’t tell you exactly what the man behind the curtain at Twitter is thinking. But wouldn’t it be great to have an app like this for any topic of your choosing?