I didn’t watch the Super Bowl last night because of a previous engagement, so I wanted to get a recap this morning of what happened. I learned a few things while hanging out around the water cooler at work this morning:

All of the information was pretty vague, except for the first item. So I had to do some further investigating about items 2-4. I can tell you that those topics dominated my Twitter searches more than highlights from the actual game. 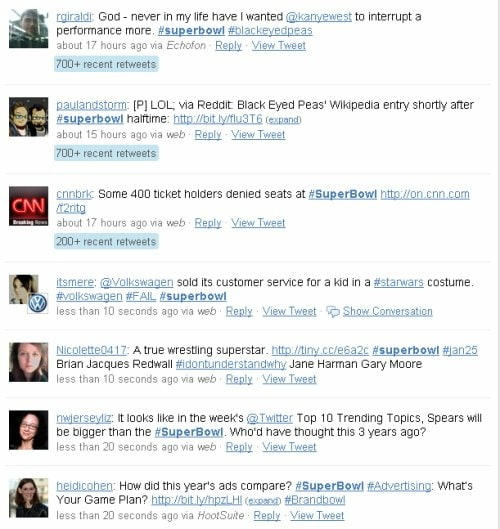 Here’s what I discovered:

Now I turn to you. What was your favorite highlight from last night’s Super Bowl? Does it have anything to do with the game or is it all non-football related?