Word is just starting to spread about a November release for a new tablet powered by Google’s Chrome OS. While other blogs are speculating about the specifics regarding the tablet, such as manufacturer and final specs, I’d like to take a moment to consider the impact of another tablet device on the market (the first being Apple’s iPad). With mobile web access becoming more commonplace due to the widespread adoption of iPhone and Android-based smartphones, we are rapidly reaching a point where people can reasonably expect to be able to be connected to the internet at all times. 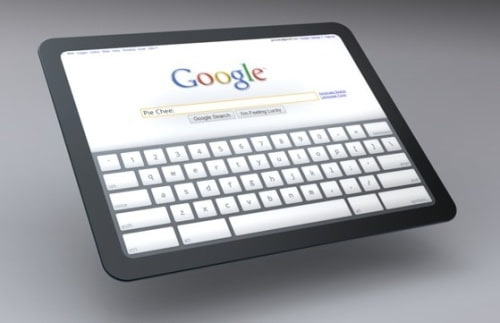 As an ever increasing percentage of the population begins to interact with the internet from varied mobile devices, their expectations of how the internet will serve them will also evolve. The standard keyboard and mouse interface, already showing its age, will rapidly become outdated technology. Onscreen interaction (iPhone), predictive text (Swype) and 3d interaction (Wii) are already successfully implemented and widely acclaimed technologies that push the boundaries of how we expect to interact with computers.

Are you prepared to provide interactive content in a way that doesn’t require traditional input? Is your website accessible to people who are on mobile devices? If not, get a hold of us here at Oneupweb. We’d love the opportunity to talk with you about what we can do to keep you ahead of some of the seismic changes preparing to rock our world.