Last time I outlined the impact technology has had on the most basic communication task: reporting raw information. Up the scale, communications is also used to forge connections between people, whether in groups or individually. At the beginning of this series I defined connecting as “communicating our intentions from person to person.”

Connecting with, or relating to, another person requires two steps, each involving mutual effort. First we come into the presence of another person. Second, we speak our intentions (hopes, personal activities, feelings, plans, even orders) and listen as others do the same. How does technology affect this process?

Throughout history, people have come together in private or public meeting places. Such meetings give us the chance to relate person-to-person, using our innate human speech ability. Often one party seeks out another and communication starts when the other party is found. Other times a schedule is established (requiring connecting of the first type!) and all interested parties make their way to the meeting place. I can scarcely imagine a world without groups such as the Inklings at Oxford University, who famously connected over their literary interests and practices. 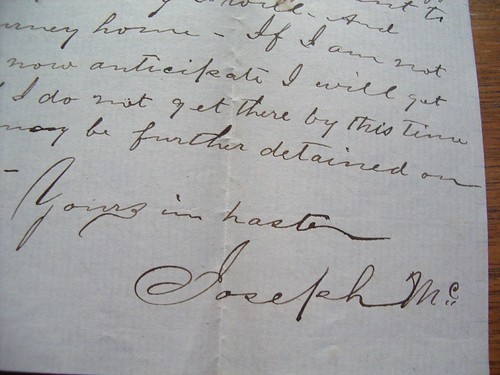 I have already mentioned the role writing plays in removing spacial limits, though often at the expense of immediacy; in an exchange of personal letters, the connecting process is possible over great distances. An interesting consequence of this early technology, is that the personal connections of people may move into history over time. We know of many famous letter-writers, such as Abigail Adams, Ronald Reagan, and more mentioned here.

Connecting has traditionally required setting aside time for these activities. And here is where modern technology seems to have the greatest effect. Email, instant-messaging, and recently social media, have made it incredibly easy to come into contact with our friends (step 1) for communication; the downside being, we are not physically present with one another. And this radically affects the (step 2) process of expressing ourselves.

Our electronic forms of writing put artificial limits on our ability to communicate. A clear sign of our social drive to connect is the invention (not via technology, but in response to it) of conventions such as text-message abbreviations and emoticons. Here the limitations of non-presence are revealed; yet because of widespread access to the medium of the Internet, these conventions have taken root relatively quickly. It is hard to judge whether this effect of technology has been for good or ill.

The availability of voice- and image-enabled mobile devices helped, in part, our ability to carry on long-distance conversation. But there are obvious disruptive tendencies involved. The technology invites mixing our connecting/relating with incompatible activities; the result is that we sometimes devote a fraction of the attention we otherwise would to each. See how often we are reminded of the need to “silence your cell phone” in public, or of the dangers of distraction while driving.

I’m afraid that too often the value of making these easy connections is an illusion. I’m certainly attracted by the lure of technology-enabled communication, but I try to remember the real value of personal, in-the-presence relationships and devoting the time it takes to cultivate them.