Oneupweb : The Torch Has Passed

I was eight years old. As one who attended a Catholic grade school, it was always a treat to be able to watch television during school hours. But this morning was to be different than the rest. We were all dressed nicely in our blue/gray plaid uniforms with button-down ties, happy to be back in our classroom from our morning church service, we felt indestructible. Settling in that morning, all was good with the world. But that was about to change. In rolled the stand with the television, and Sister Rosalyn told us to be quiet and sit in our chairs. We complied and we watched from our seats a disturbed Walter Cronkite as he informed us that our President, John F. Kennedy had been assassinated that morning (November 22, 1963). As a young girl, I admit that I wasn’t clear on the meaning of assassination, but what I did know was that the news had a profound effect on those around me. From the hallways, I heard sobbing and watched high school girls quickly parade out of the school in a not so orderly fashion. Catholic nuns embraced, priests were talking quietly trying to make sense of what had just happened and maintain school order. The PA system announced that school had been canceled for the day and we were to go home immediately. I was excited about that part, assuming normalcy would resume. I was wrong. 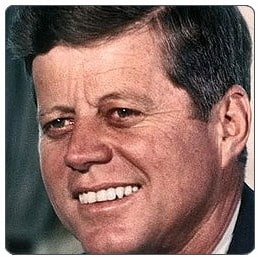 After walking home, things on the home front were not good. My mother was crying in the kitchen, my oldest sister was asking my mother how this could have happened as they watched the footage unfold on television. We shared the same heritage as the Kennedy family, we too were Irish Catholic like the Kennedys. My father walked in the front door with a glazed look on his face and hugged my mother, everyone around me seemed sad. For me, I thought it was a good time to take a nap. Everything always seems better after a good nap. Not so. Our days followed with a copy of “The Torch Has Passed”, a book my eldest sibling insisted on purchasing and with the turn of each page, one could see the moments unravel. From an eight-year-old’s perspective, Jackie Kennedy looked beautiful in her pink suit, pictured in a page near the back of the book.

As I look over the last 47 years ago today (November 22nd), it is one day that always stands out for me. I have followed the stories, investigations and movies about this family. To understand their pain is impossible. From Bobby Kennedy’s assassination five short years after JFK’s, to my shaking Teddy Kennedy’s hand when he ran for President during the 1980 Presidential Campaign, I found it all exciting and disturbing. And finally, John Junior’s tragic airplane crash in July, 1999, when he was on his way home to attend a wedding on the East Coast. They were family, just like you and just like me.

These events, had they happened today, would have been reported differently. Today, with social channels as common as sliced bread, even the Presidential Library sees the opportunity to re-create and tweet columns composed by Jackie Kennedy known as “The Candidate’s Wife”, a column she wrote while her husband was a presidential candidate!  And if you were not around on November 22, 1963, this was, to my generation, a September 11th. Catastrophic events such as these change our lives on many fronts; they change who and what we are. But the one platform that seems to occur as a result of events such as these is unity. We unite, we console and we grieve as a nation. But the most important piece is that we remember, even 47 years later, we remember.