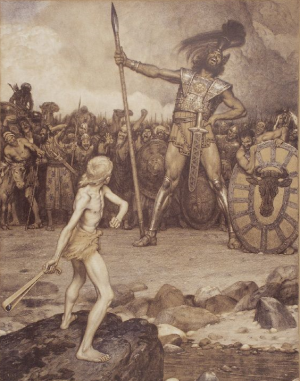 Taylor Singletary, a Twitter developer advocate, announced that the microblogging platform is currently working on a beta project for the Twitter search function that, instead of returning the most recent tweets, returns the most popular tweets.

“You can expect many improvements as we tune and tweak our algorithms, but we want to give everyone a heads up so we can go over the implications for those consuming the search API,” Singletary stated in the post.

To me, this beta project immediately made me think of David and Goliath. Twitter (aka David) is taking another step toward the Goliath that is Google. Who knows? Maybe Twitter will one day move close enough until they are toe-to-toe.

What do you think?