The way candidates campaign for the office of the President of the United States of America has changed a great deal over the last 200 odd years. 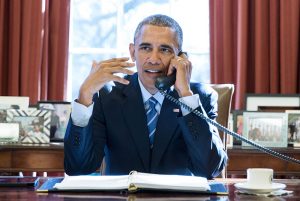 In the early days, all a presidential candidate needed to do was give a couple positive speeches, kiss a few babies and they were golden. Then came election debates. From radio to television, these debates showcased the ability of candidates to think on their toes when explaining to the listening public their individual stances on the current election’s key issues.

Speaking of television, let’s not forget those political favorites… campaign commercials. It seems like as soon as the first leaf falls on election season, political commercials seem to take up more air time then reality TV.

All this is changing however, with the growing use of online political ads. And apparently, they’re working.

A recent report from Pew Internet provides some interesting data on how the current presidential election is being influenced over the internet. According to their numbers, 46% of Americans have used the internet, email or text messaging to access campaign news and share their views on the candidates. Social network campaigning seems to be reaching people as well; Pew reports that 10% of Americans have used social media to seek out information on candidates and look for ways to become involved in the election process.

Though the campaigns of McCain and Obama both use online ads to reach potential voters, Pew Internet shows that one currently holds a strong lead when it comes to voters looking for info about them:

In a head-to-head match up with internet users who support Republican McCain, Obama’s backers are more likely to get political news and information online (65% vs. 56%).

Could this new way of reaching the American public also help to boost the low voter turnout rates that have been plaguing presidential elections over the last couple of decades? According to the U.S. Census Bureau, voter turnout did rise 7% from 2000 to 2004, though the total was still only 67%. Might this small increase be a result of voters having easier access to political information online and the reach of internet campaigning? Hopefully, after the coming election results are in and we know who America’s next prom king… I mean President is, we will get some definitive numbers on how online campaigning has affected voter turnout.

While it is certainly interesting, all these current and proposed numbers really don’t surprise me. It already seemed this election, compared to any other in recent years, is using the online spectrum more. Every time I access a news site or log into my email account, I see some political ad to the side of the screen asking, “Who do you support?”

It looks like political campaigning online is here to stay, which makes me wonder: How long will it take before online ads go the way of television campaign commercials and do little more than make us roll our eyes. Come to think of it, maybe it has already happened.

Memo to Hillary and Barack: YouTube Is a Two-Headed Beast

McCain Buys Hillary. Mitt Buys A Bunch. Others By Stand.