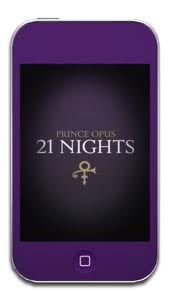 If your Darling Nikki goes crazy for Prince, then your next to die 4 U purchase is the Prince Opus iPod.

According to Macworld the Prince Opus iPod is a limited edition iPod Touch (only 950 made) that’s selling for (gulp) $2,100.

The iPod is part of the Prince Opus package that includes an exclusive book of Prince photographs.

The iPod itself comes loaded with a 40-minute, 15-song, Prince-produced video of his 21 Nights performance at London’s O2 Arena in 2007.

I don’t know about you, but I think I’d rather spend 2 grand for a little red corvette on eBay.