Twitter Lists: Are They All They’re Cracked Up To Be?

Everyone seems to be pretty pumped about Twitter’s List function.

Lists make Twitter more user-friendly by allowing users to better organize the people that they follow. It also cleans up the home feed so that it isn’t one big constant mess of tweets that you can never seem to keep up with. 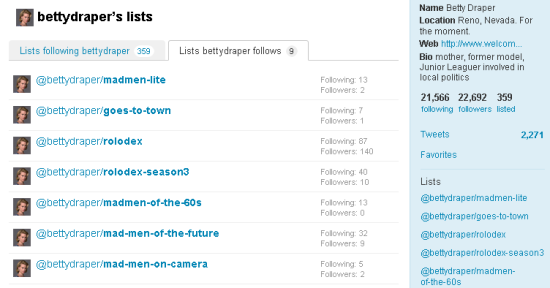 I personally like lists for the organizationally factor, however, it seems as if you could lose that one-on-one engagement factor with other Twitter users if people just follow lists and not the people within lists.

Below are two things that make lists beneficial besides the organizational factor:

What do you think? Does the organizational factor of Twitter lists outweigh the potential of losing out on Twitter followers? We’d like to hear your thoughts and ideas.