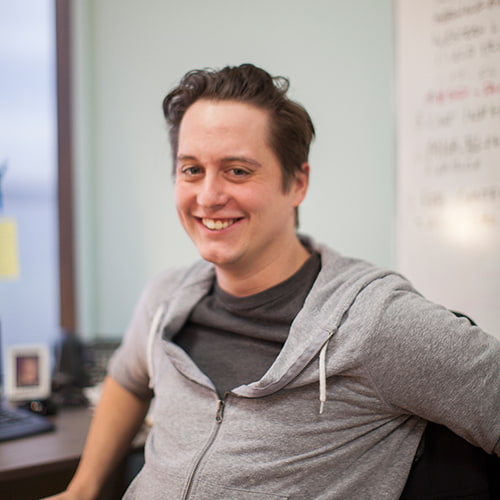 It varies. As general counsel, I offer advice and guidance on legal aspects affecting the business. That might be a number of things, though I’m partial to contract drafting, negotiation and intellectual property matters.  Recently, I’ve been brought in on more strategic aspects, speaking with clients, prospects and the team about business tactics and what not. I also draft a lot of content for Oneupweb, including several white papers/e-zines and blogs. At one point, I was managing social media (for better or for worse)—that’s now largely being helmed by Ms. Steffen, although I step in from time-to-time.

I love food, cooking and travel, so my favorite client moment was working with The International Kitchen. I was given an assignment to write copy for three of their tours, targeting the LGBT market. I was able to research and write about the food, cuisine and local history of Yzeures-sur-Creuse in France and the Italian destinations of the Amalfi Coast and Tuscany. On the Amalfi Coast, you can tour vineyards and taste wine from grapes growing on vines that vintners were using during Rome’s heyday—and how cool is that?

Ice walking on the bay, though I have a favorite moment for every Oneupwebber who I’ve had the privilege of working next to—and there’s been quite a few. From spending time in the “panic zone” with a sock puppet on my hand to cutting out 8-bit NES characters with a designer for one of our marketing “tips of the week”—there are just too many to choose from.

Not sure if these are “blogs” in the traditional sense, but I spend a lot of time on The Atlantic. I particularly like the By Heart series—acclaimed authors choose and discuss their favorite passages in literature; it’s really great stuff. Check out Azar Nafisi’s “Write to Transcend Space and Time” for example.

Beyond that, I particularly like Nautilus—a publication that combines science, culture and philosophy and explores the way science connects with our everyday lives. Each month they choose a topic and discuss it in varying ways. This was the impetus for some of our own content strategy here, actually.

What makes Traverse City appealing? What are your favorite things to do/favorite places to eat, etc.?

You have to work to get here. Someone—Freddy, I think?—mentioned that there are no major highways here. We have an airport, but we’re slightly isolated in this beautiful space—with seemingly endless waterways and nature preserves. I’d love to see a bit more diversity in the cultural cuisine around the area, but for the most part Traverse City has a lot to offer.

Whiskey and ginger ale—I grew up watching my grandpa make this drink around the holidays, and when I was more or less legally allowed to drink, I started imbibing the same thing and grew to like it. I’m also partial to the occasional microbrew (or two).

Standing outside at night during the first heavy snowfall—the one where the flakes are the size of silver dollars and when it’s late enough to be terribly quiet and silent. You can take the moment in by yourself or with someone else, but I urge you to simply stand there in that moment, watching the snowfall, listening to the quiet.

From sock puppets to spaghetti westerns, Chris has you covered. Email him directly at ccarol@oneupweb.com to find out what else he’s in to.