New Music Tuesday: Born To Be Wild…ish by Teighlor Bodrie

I’ve always wanted a motorcycle. I’ve always been drawn to them – the sound, the fresh air against my face, the feeling of freedom and, of course, that sleek, shiny black paint job. I don’t have my motorcycle endorsement to allow me to operate a motorcycle, so… I bought a sea-green Huffy cruiser to ride….everywhere. It’s not a big black Harley, but it’s going to have to do for now. 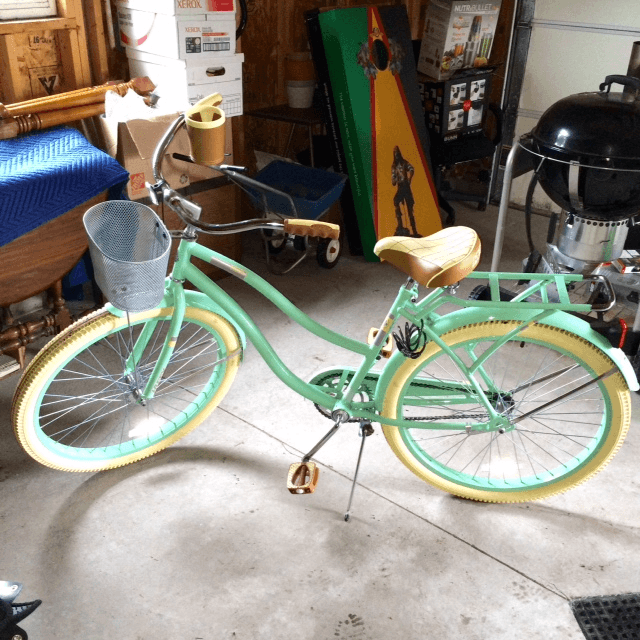 I like the nice 3-mile ride home after work (disclaimer: only if it’s a nice day). My bike route takes me along a good portion of West Bay, so I get a nice breeze and view, and pass a lot of people walking, running, and playing volleyball. I think it’s a relaxing way to end the day: great view, great tunes, just cruising down the road on my Huffy (have yet to name it, any ideas out there?).

The bike ride wouldn’t be near as tranquil without my music; my current rotation is the “Sons of Anarchy” Spotify playlist (all volumes). I’m not sure whether it’s because it’s such a great soundtrack or because it enhances my imagination to feel like I’m actually on my future motorcycle. Either way, I can’t seem to listen to much else when I’m cruisin’.

“Come Join the Murder” (The White Buffalo) – a song written for the SOA series finale. For those of us who fell deep into the SOA spell, this song complements and epic final episode that left a deep burn.