How to Fail Quickly at Blogging; AKA: Blog Post Kryptonite

I should have called this post “WEBINAR RECAP: Big Data.” Would have been a sure fire way to sink it—fast.

That’s not generally the goal. I know that. But if we’re talking about colossal failures, it would have been appropriate. 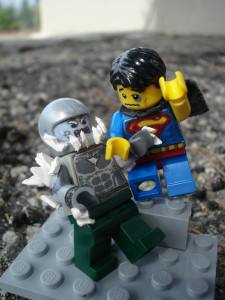 Adding the three together would probably have had the same effect as arming Doomsday with Kryptonite-laced boxing gloves and letting him smack the Man of Steel around. (We can probably add dopey, fanboy references to our list after this post, too, but let’s roll the dice on that one).

The devil is in the details—always. It took looking at some metrics—like unique visits, the number of social shares, how long the blog had been live, etc.—to notice fiendish trends. We identified weaknesses. We made changes to get better (current post notwithstanding).

Leo Babauta notes that failure is just a point of information, a part of the learning process. We shouldn’t fear or become adverse to failure. We should embrace it—in all its uncomfortable, hidden goodness. Failure is a fact of life and if business is part of your life, there will necessarily be times when you (or your business) fail.

The trick is learning to fail better. There’s a Samuel Beckett quote about that, but I won’t bother you all with it.

Let’s instead talk about your failures. Do you know what’s working? Do know what isn’t? No one said you had to do this all by your lonesome—reach out. We’re listening.