It’s creating a content marketing editorial content calendar, and never writing meaningful content. It’s writing blog posts “just because,” and not because the content helps your customers. It’s creating a website with all of the design and development bells and whistles, and not spending time deciding if they are actually necessary. 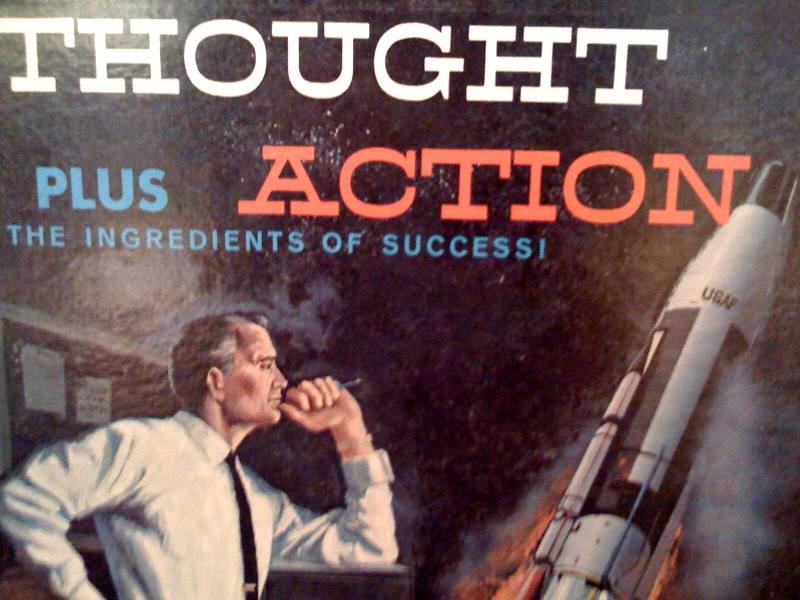 This is the fifth and final post in a blog series called, “The OODA Loop, SEO & Digital Marketing.” The goal of this series is to provide a tool that accommodates flexible thinking, and provides a model for SEO and digital marketing success.

The tool presented is called the OODA Loop – an acronym for Observe, Orient, Decide, Act – as taught by military strategist John Boyd.

Observation is absorbing the information around you, spinning that information into an interconnected web of belief, and measuring that web against historical context. Orientation is collecting mental models for decision making and either validating models that work, or “blowing up” ones that do not. Decision making is about keeping your options wide, reality-testing your assumptions, attaining distance before making a final decision, and preparing to be wrong.

The final aspect of the OODA Loop is action, where you discover whether or not the mental model you’ve chosen to use will actually work, and if the decision you made is correct.

The Ongoing Process: Rinse and Repeat

To describe action Boyd said, “We gotta get an image or picture in our head, which we call orientation. Then we have to make a decision as to what we’re going to do, and then implement the decision…Then we look at the (resulting) action, plus observation, and we drag in new data, new orientation, new decision, new action, ad infinitum…”

For example, near the end of 2013 Oneupweb made significant changes in how we provide paid media and SEO reporting to clients. First, we moved away from a third party reporting tool in paid media because it used a 12-month attribution model. This attribution model is not uncommon, but we felt it not only resulted in key reporting metrics appearing bloated, but less real time optimizations and refinements made by our team, as there was a perceived lack of need to make them. Second, we stopped using a proprietary keyword reporting tool we had created in-house (ROI Trax), as Google’s (not provided) and Hummingbird updates impacted its effectiveness. Instead, we made the decision to report straight from Google Analytics. Our feeling then, and now, is that this allows for transparent and real-time reporting – something our clients want and need. “…we drag in new data…new decision…new action…”

Simply put, how fast you move through the OODA Loop will determine victory or defeat. Boyd said that, “Under OODA loop theory every combatant observes the situation, orients himself…decides what to do and then does it. If his opponent can do this faster, however, his own actions become outdated and disconnected to the true situation, and his opponent’s advantage increases geometrically.”

This is especially useful in the areas of conflict and competition, places where the OODA Loop has gained much of its fame. With these in mind, the following are two general principles about speed and the OODA Loop, as introduced by Brett and Kate McKay.

The first point is plain and simple: the person, team or organization that can go through successful, consecutive OODA Loops the fastest, wins in the end.

For example, the landscape of paid media has become very competitive, and we have learned that as we partner with clients to set annual budgets, there is also a day-to-day need to assess performance and consider making changes to improve projects in real time. 2014 sales success on Cyber Monday will provide input helping you set an overall holiday budget for 2015. Yet unexpected, increased day-to-day competitiveness in 2015 should cause you to reassess that budget and make new decisions in real time.

Real time, rapid “OODA Looping” will cause a confusion that will force your opponent to start over with observation, and figure out how to move forward from there. This delay earns you more time to work through your own OODA Loop, and get ahead of your competition – putting you in a position to win.

For example, we work with a company that launched a freight tracking app. In an industry where tracking app adoption is a struggle, and the pricing model of competitors is flawed, this company created a sleek – and incredibly affordable – tracking app. The result is an industry solution causing competitive confusion.

The OODA Loop: A Summary

The world of SEO and digital marketing moves and changes rapidly. In response, it is vital that you not only have the ability to move quickly, but understand how to move quickly. The OODA Loop is a process that will help. As the McKay’s write:

“Once you move past the simplified, Cliff Notes version of the OODA Loop, you find that it’s actually pretty heady stuff. It’s not “groundbreaking” in the sense of revealing insight never before conceived; rather, its power is in the way it makes explicit, that which is usually implicit. It takes the basic ways we think, decide, and operate in the world — ways that often get confused and jumbled in the face of conflict and confusion — and codifies and organizes them into a strategic, effective system that can allow you to thrive in the heat of battle. It is a learning system, a method for dealing with uncertainty, and a strategy for winning head-to-head contests and competitions. In war, business, or life, the OODA Loop can help you grapple with changing, challenging circumstances and come out the other side on top.”

As you move forward in utilizing SEO and digital marketing to accomplish your business goals, use the OODA Loop to come out on top!

Other Posts in the Series:

The OODA Loop, SEO and Digital Marketing: Introduction and Pitfalls (Part One)