I’m part of the generation who has essentially grown up around computers. We have had an internet connection for so long that I don’t even remember not having one. But Wednesday, January 18th was a game changer for the World Wide Web. In protest of the SOPA and PIPA bills that Congress and the House of Representatives will vote on January 24th, Wikipedia turned off service for 24 hours. Google blacked out its logo. Hundreds of sites, big and small, protested the censorship these bills would bring to the internet. We even joined the blackout by adding black bars to our website. 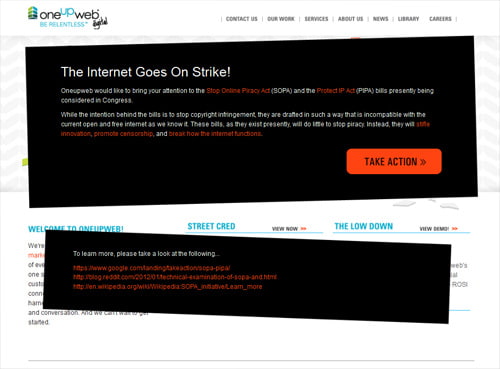 The statistical results are pretty astounding (here’s a great infographic describing them). There also were some cool design concepts that websites employed during the blackout. Filmmaker Michael Moore blacked out his website and you could essentially use the mouse cursor as a flashlight to cast a circle of light over his message. 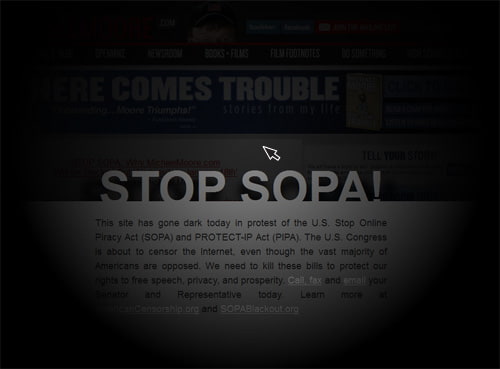 Wikipedia was one of my favorites; it reminds me of a post-apocalyptic area where everything has been destroyed. And while a censored internet isn’t exactly comparable to an apocalypse, I think these bills would be very devastating to the internet as we know it. 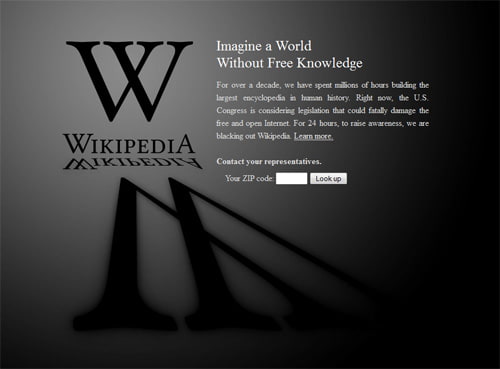