Social engagement is all the rage, even in the search world. Recently we’ve discussed the integration of Facebook Likes into Bing searches. Now Google is importing your Foursquare check-ins to Google Places—pretentious hipster over-sharing data producing machines around the world rejoice, for now you have another outlet to let everyone know that you were TOTALLY THERE at the penultimate underground Spanish-Thai fusion restaurant with a band playing homemade Casio keyboards in front of a Lite-Brite wall. Social is everywhere. Yay!

“A squirrel dying in front of your house may be more relevant to your interests right now than people dying in Africa.” 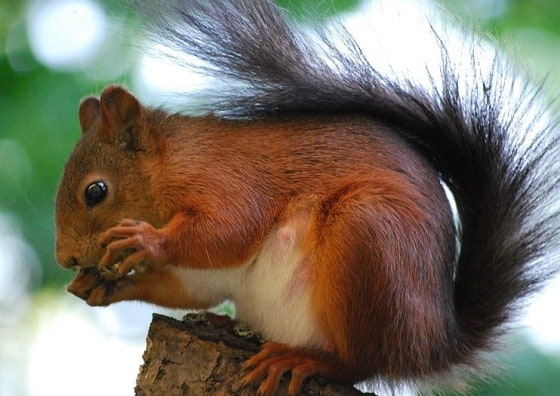 This is exactly what separates humans from squirrels dying in the vast expanse of your lawn, Zuck. The fact that I can be on my way to work in the morning and think, even focus, on events other than what is happening six feet in front of my face is a source of pride! I’ve evolved to be better than a furry disease-bag scavenger with an almond-sized brain. I can handle multiple inputs and topics, think about events in the context of the larger picture, and even make decisions based on conflicting information! I’m telling you, I’m human!

It’s not as if I don’t use Facebook. It’s a great tool for stalking my old classmates and scouting new friends. It’s also a horrifying look into the human condition, where it seems most people are now at that Zuckerbergian stage of not being able to focus on anything beyond their immediate surroundings. But…is this new? Doubtful. Rather, we’ve always had our fair share of shortsighted troglodytes in the human race. They just didn’t have a platform to broadcast their inane views to everyone else.

So, what does this have to do with us here at Oneupweb? Good question. You may not like the impact social media and personalization do/will have on society, but they aren’t going away. Your business has to deal with these issues sometimes. Maybe you knew that all along but were holding out for The Rapture last weekend and figured it wasn’t worth the investment. Maybe you’ve been crossing your fingers hoping that somehow this would all disappear. Well, sorry dude. It’s not going to. Do yourself a favor and let some professionals handle the teeming masses out there.