Twitter announced it would be rolling out analytics for site owners in the next few weeks. This has been a long awaited feature, as marketers have tried to track the effectiveness of Twitter since its inception (a tweet within a tweet?). The new analytics will  offer the following features: 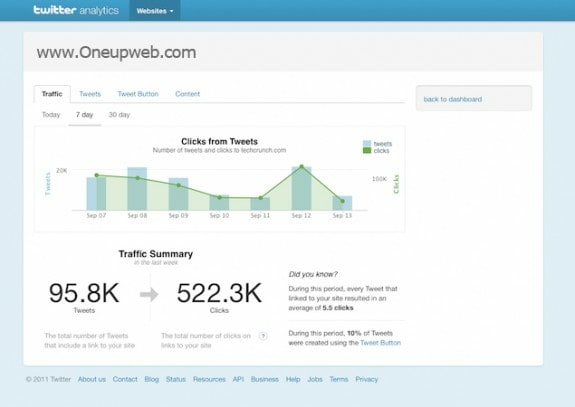 Twitter analytics will help answer questions that marketers have been asking for years. The added ability to measure the effectiveness of a websites tweet button will also be an invaluable.

Are you looking forward to the new analytics? And if so, what specific feature interests you the most?