I admire writers who have a firm grasp of difficult subjects and can explain the basic principles in a way that is accessible and useful to the layman. I recently noticed an essay by one such writer, Eric S. Raymond. He is well known for his activity in chronicles concerning Open Source Software and Hacker Culture. As a programmer fluent in the use of Open Source tools and systems, naturally I have an interest here. However, the principles I find in this particular essay clearly have a wider application to general human behavior, making them even more interesting. 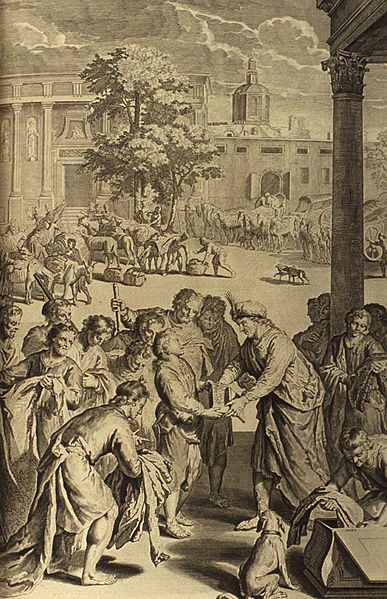 I was never a good student of history or sociology in school, but I now find a healthy interest in them essential (note I said interest, not expertise!). Whether considering my employment, my family, my church, or my country, each reflects some kind of highly developed cultural organization. Eric’s primary thesis in his essay is to account for some literal differences between the publicly acknowledged organizing principles (law) of the Open Source culture and the actual behavioral patterns he has observed (custom).

It turns out the explicit law does not very well explain the actual customs. Therefore, much reasoning about why and how a culture works is completely divorced from reality. The actors do not understand the simplest, most basic motivations for their own behavior! Yet, somehow, such a highly refined culture still flourishes.

Allow me to lift a few paragraphs from this essay, which struck me with their force for intuitively understanding culture in the broadest sense.

“Most ways humans have of organizing are adaptations to scarcity and want. Each way carries with it different ways of gaining social status.”

“Our society is predominantly an exchange economy. This is a sophisticated adaptation to scarcity that, unlike the command model, scales quite well. Allocation of scarce goods is done in a decentralized way through trade and voluntary cooperation (and in fact, the dominating effect of competitive desire is to produce cooperative behavior). In an exchange economy, social status is primarily determined by having control of things (not necessarily material things) to use or trade.”

“Most people have implicit mental models for both of the above, and how they interact with each other. Government, the military, and organized crime (for example) are command hierarchies parasitic on the broader exchange economy we call `the free market’. There’s a third model, however, that is radically different from either and not generally recognized except by anthropologists; the gift culture.”

The first thing I notice is that there is not one culture in my world, but a whole system of cultures; some dependent on others; all coexisting. But to see so much variation summed up in just a few patterns is enlightening to me.

I am prompted to ask myself, and in consequence to ask you: Is the culture I/you swim in primarily a culture of scarcity, or one of abundance? In either case, what is the appropriate adaptation to use? Can the cultural model be chosen or deliberately modified? What are the results, in terms of conflict or cooperation? You should be glad to know that I am not offering answers!