Heading into the 4th Quarter, it’s not uncommon for a Marketing Department to be facing down surplus budget. Even with extensive, and careful planning the year before, a lot of things can happen in 12 months.

Making it more complicated are the teams who have final budgets influenced by what they did (or did not) spend the year prior. It’s often an arduous, weeks long exercise to get a budget planned, laid out, presented and approved. No matter how careful the planning, how specific the detail, and how wonderful the presentation, more often than not a CFO or controller will simply ask, “Did you use all you had last year?”

If that’s answer isn’t a yes, what was an uphill battle for budget just became an attempt at free climbing a sheer cliff.

Probably most frustrating for any Marketing pro fighting for budget is how much of the final spend numbers are out of their control. It could be that particular channel didn’t play out to the metrics and had to be canceled. Competitors might have moved out of a Paid Search arena letting the floor fall out on CPC (great for efficiency, but throws budgets out of whack). Whatever the reason for the shortfall, the last quarter becomes a fire drill of moving and allocating budget for the sole purpose of having the right to ask for it again next year.

While the most appealing prospect is to go after an expensive ad buy and see the creative and media spend chew up the budget, the second question – after the CFO – is probably from the CEO and it will be something along the lines of “how well did any of this actually work?”

So spend it all, but spend it well.

And so enters your agency partner. When you’ve got someone else you can rely on for these 11th hour strategy changes, life gets better – not necessarily easier mind you, but better. In that spirit, consider 3 strategies that will help you spend the surplus budget and still stay within performance metrics. 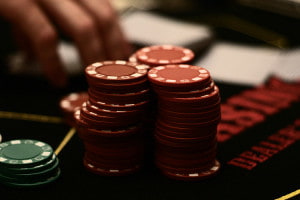 One of the simplest approaches is to roll more investment into the channels that are working, but don’t have surplus planned. There’s a lot of ways that this can play out, but I’ll keep it simple and just outline one example;

Early in the year, you and your team introduced a new product in your catalog and the response has been tremendous. Not only did your existing client base love it, but it turns out it’s one of your best new business generators in years. Since it was just going to be a piece of the larger strategy, you budgeted conservatively in PPC for the launch. In the months since, your agency partner has reported that the performance is through the roof, but you are budget limited time and again.

Even though the product doesn’t feel new anymore, there are still tons of consumers just finding it. Consider a “second” launch to close the year. Double down on that product, open up the budget constraints that were in place and let the new kid drive!

Jump in a New Pool 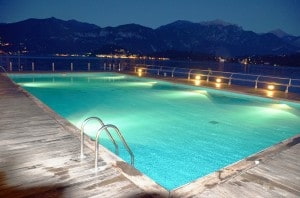 There are almost always channels or products that Marketing teams “have their eye on”, but they never get to testing, because it wasn’t in the planned budget. Well, here’s a beautiful chance to change that.

The opportunities to market in new ways not only grows by leaps and bounds every year, but it gets easier and easier every year as well. This could be the perfect time to try video ads if you have any footage you can repurpose. Maybe you just want to run overlay ads at YouTube. What about finally trying to behavioral targeting? The budget requirements here are getting lower and lower.

More and more players are entering the space to try and help sell remnant ad space across these digital exchanges. As that competition heats up, Marketing teams have a great change to take advantage of extremely competitive pricing.

Still, there’s got to be a watchful eye on performance. That shouldn’t be a huge concern though. You’re typically talking about a small addition to the overall budget, and for a limited piece of the entire year. As long as your overall numbers are good, and you take a long-view (rather than just 15 to 30 day snapshots), changes are good you’ll have a lot of room to experiment here.

The real benefit to this too, is the intelligence you gather for next year as well as already setting up strong performance for the following year. Don’t forget, brand building efforts, like Display and Behavioral Targeting, pay off further down the road. (And with the right analytics set up, you’ll be able to prove that later too!)

Depending on the size of the organization, it’s not at all unusual that a product line or department might not be getting the same attention. The reasons for this can be almost countless, but the point is, someone or something has probably been sitting pretty quietly this year.

Here’s a great chance to give them the spotlight. Use the remaining budget and give this often overlooked part of the organization something of a “Marketing Strategy Light”.

Similar to testing new channels, introducing Marketing for a new department can be relatively low risk. Set some modest goals – based on what you know about the larger company – and get them going on a test run. Obviously you’ve got to look to make it a success, but here again, there’s a good shot you’ve got the numbers to support it. A small dip in the overall annual plan isn’t likely to pull everything down.

You’ve also gathered great intelligence to either prove this should be a sustained marketing effort, or you’ve got the data points to help adjust until it can be. You might even win more allies internally when some of the smaller teams know you’re ready to step up for them as soon as you see the chance.

In the end, surplus budgets can be frustrating (as odd as that is to say), but they don’t have to be stressful. Find and realize the opportunities this gives you. With a little planning, it might lead to much bigger things next year.

Don’t hesitate to reach out to a strategic partner if you need to! Let your Agency support you.

For more information on budget planning, read the article in our latest eZine, Weathering Change: Your Guide to Seasonality & Business Fluctuation. (See the spread, below.) 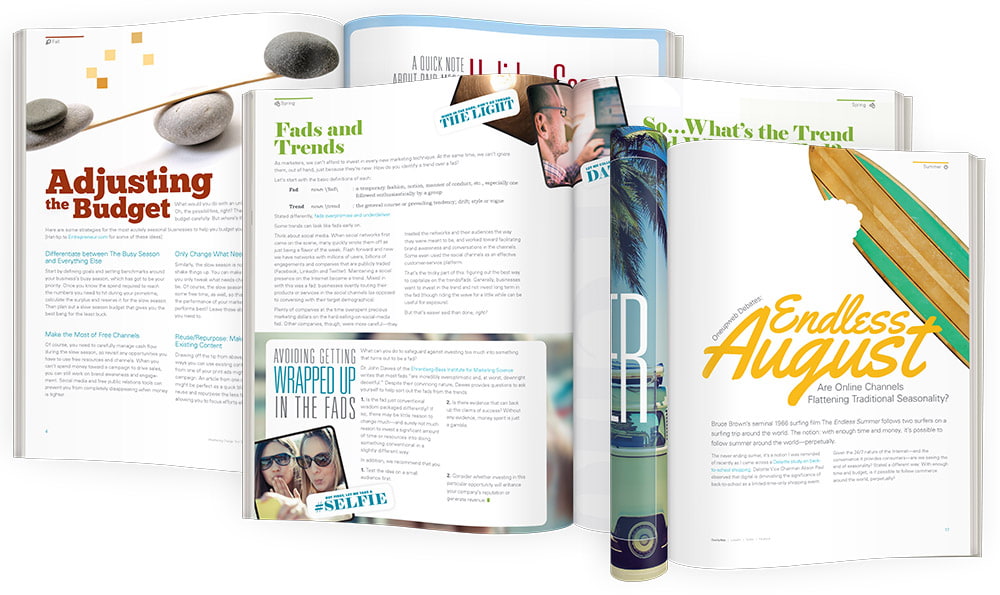